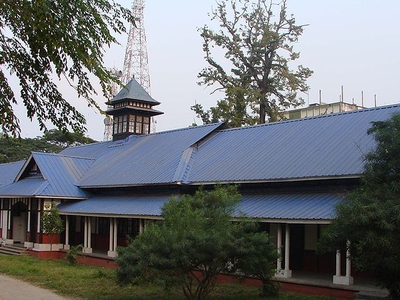 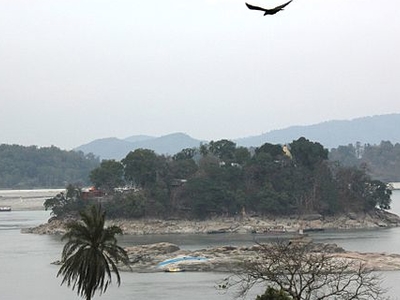 More Photos >
Save me
Been here
Want to go
Show on Map
Here to help 76 tour guides, 208 locals and 9 ambassadors

Guwahati formerly known as Pragjyotishpura and Durjoya in ancient Assam and Gauhati in the modern era is an ancient urban area, metropolitan and largest city of Assam as well as of north-eastern India. It is one of the fastest developing cities in India and is a major city in Eastern India. It is often referred as "gateway" of North Eastern Region of the country. Guwahati, formerly Prāgjyotishpura meaning "city of eastern light," "city of eastern astrology", and Durjaya meaning "impregnable" were the capitals of the ancient state of Kamarupa under Varman's and Pala's respectively. Many ancient Hindu temples are in the city, Kamakhya, Umananda, Navagraha, Sukreswar, Basistha, Lankeshwar, Doul Govinda, Dirgheshwari, Ugro Tara, Rudreswar etc. are but a few so also known as the "The City of Temples."

Dispur, the capital of the Indian state of Assam is in the city and is the seat of the Government of Assam. The city is between the southern bank of the Brahmaputra river and the foothills of the Shillong plateau, with LGB International Airport to the west and the town of Narengi to the east. It is gradually being expanded as North Guwahati to the northern bank of the Brahmaputra.The famous heritage Madan Kamdev is situated 30 km away from Guwahati.This heritage is same as khajuraho. The Guwahati Municipal Corporation, the city's local government, administers an area of 216 km², while the Guwahati Metropolitan Development Authority, the planning and development administers an area of 340 km².

Guwahati is the major commercial and educational hub of North-East India and is home to World class institutions such as the Indian Institute of Technology Guwahati and other premier institutions like Gauhati University and Cotton College. The city is a major center for cultural activities and sports in the North Eastern region and for the administrative and political activities of Assam. The city is an important regional hub for transportation. Guwahati and its environs are rich in wildlife with several rare mammals such as Asian elephants, python, tiger and primates. The birdlife in and around the city is also rich and diverse.

History:
Guwahati's myths and history go back several thousands of years. Although the date of the city's beginning is unknown, references in the epics, Puranas, and other traditional histories, lead many to assume that it is one of the ancient cities of Asia. Epigraphic sources place the capitals of many ancient kingdoms in Guwahati. It was the capital of the mythological kings Narakasura and Bhagadatta according to the Mahabharata. The ancient sakti temple of Goddess Kamakhya in Nilachal hill (an important seat of Tantric and Vajrayana Buddhism), the ancient and unique astrological temple Navagraha in Chitrachal Hill, and archaeological remains in Basista and other locations support the mythological assertions of the city's ancient past.

Economy:
The gross domestic product of Guwahati metro was estimated at $1 billion in 2010. As a river port, Guwahati has traditionally been an important administrative and trading center. Separate income estimates are not yet available as city-level income estimation is not a traditional practice in India, and is not practiced in a systematic and continual manner. However, by looking at the agglomeration of activities and employment patterns it can be easily understandable that the city contributes a lion's share of the state's income. The major economic activities are trade and commerce, transportation and services. Guwahati is the most important trade hub in the North Eastern Region. It is a major wholesale distribution center, a marketing hub, and also a retail hub of the region.

The Guwahati Tea Auction Centre is one of the largest in the world. As in other cities, 'mall culture' is now invading Guwahati. Manufacturing is an important activity, although it is not comparable to those of India's rapidly growing industrial cities. The most important manufacturing industry in the city is the petroleum refinery of IOCL at Noonmati, which is known as Guwahati Refinery. The city contains the headquarters or regional offices of several manufacturing and business establishments, e.g., Numaligarh Refinery Limited (NRL). Bamunimaidam and Kalapahar are two major industrial estate of Guwahati. Guwahati is important for printing and publishing, as well as businesses related to electronic and print media. During the past two decades, businesses such as real estate development, finance, etc. have intensified.

Infrastructure:
Although being a medium sized city, ranking around 50th (in terms of population) in India, the city's quality of life is comparatively higher. A recent survey (2006) by a popular Indian magazine - Outlook (Money) ranked Guwahati 16th among all the major and medium sized Indian cities. The city provides competitive residential and working environments with beautiful landscapes, pleasant climate, modern shopping areas, modern apartments and bungalows, and considerably good social infrastructure. Yet infrastructure in the city still requires extensive attention, which can increase and revolutionize the city's reputation, investment environment, and overall growth pattern. Major investments in infrastructure are being planned in the city, covering many aspects of the utilities and transportation infrastructures, with financial assistance from the Asian Development Bank (ADB).

Sports:
Guwahati features the multi purpose Nehru Stadium, hosts mainly cricket and football; while the Kanaklata Indoor Stadium in the R.G. Baruah Sports Complex (in the Ulubari locality) is older sports complex of the city. There are smaller stadiums in Maligaon (the N.F. Railway Stadium) and in Paltan Bazaar area where the Sports Authority of India (SAI) complex is. The sporting infrastructures specially constructed for the 33rd National Games in 2007 include a large stadium at Sarusajai-the Indira Gandhi Athletic Stadium, the Dr. Zakir Hussain Aquatic Complex, and the Karmabir Nabin Chandra Bordoloi A.C. Indoor Hall. Other new sports structures include the Maulana Md.

Here's the our members favorite photos of "Cities in Assam". Upload your photo of Guwahati!

Going to Guwahati? Get answers from our friendly locals