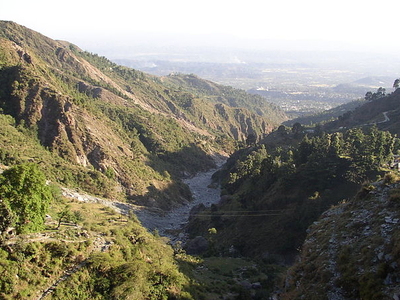 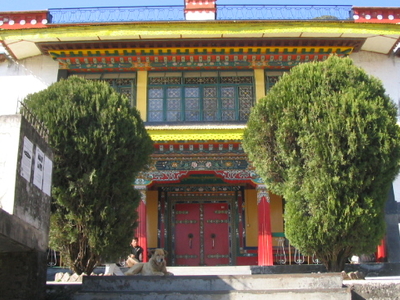 Save me
Been here
Want to go
Show on Map
Here to help 38 tour guides, 34 locals and 5 ambassadors

Dharamshala or Dharamsala is a city and a municipal council in Kangra district in the Indian state of Himachal Pradesh. It is the headquarters of the district. It was formerly known as Bhagsu. The Dalai Lama's residence and the headquarters of Central Tibetan Administration and the exiled Tibetan government are situated at McLeodGanj, a village within the Dharamshala municipality.

Description:
Dharamshala is a city in the upper reaches of the Kangra Valley and is surrounded by dense coniferous forest consisting mainly of stately Deodars. The suburbs of the town includes -- McLeodGanj, Bhagsunath, Dharamkot, Naddi, ForsythGanj, Kotwali Bazaar (the main market of the town), Kaccheri Adda (government offices such as the court, police, post etc.), Dari, Ramnagar, Sidhpur and Sidhbari (where the Karmapa is based)

The village of McLeodGanj lying in the upper reaches is known worldwide for the presence of the Dalai Lama. On 29 April 1959, the 14th Dalai Lama (Tenzin Gyatso) established the Tibetan exile administration in the north Indian hill station of Mussoorie. In May 1960, the Central Tibetan Administration (CTA) was moved to Dharamshala. Dharamshala is the centre of the Tibetan exile World in India. Following the 1959 Tibetan uprising there was an influx of Tibetan refugees who followed the 14th Dalai Lama. His presence and the Tibetan population has made Dharamshala a popular destination for Indian and foreign tourists, including students studying Tibet.

Dharamshala Today:
Several thousand Tibetan exiles have now settled in the area, and most live in and around McLeodGanj in Upper Dharamshala, where they have built monasteries, temples and schools. McLeodGanj is sometimes known as 'Little Lhasa", after the Tibetan capital city, or 'Dhasa' (a compound of 'Dharamshala' and 'Lhasa').  It has become an important tourist destination with many hotels and restaurants, leading to growth in tourism and commerce. Dharamshala is also the winter capital of Himachal Pradesh. The Legislative Assembly is at Sidhbari, near the Chinmaya Tapovan Ashram, and the winter sessions of the Government are held there.

Trekking:
Dharamshala is a starting point to a number of trekking trails that especially lead trekkers across Dhauladhar into the upper Ravi Valley and Chamba district. En route, you cross through forests of deodar, pine, oak and rhododendron, and pass streams and rivers and wind along vertiginous cliff tracks, and also the occasional lake waterfall and glacier. A 2-km amble takes one to Bhagsu, and then a further 3-km walk will lead the trekkers to Dharamkot. If one wishes to go on a longer walk then he/she can trek 8-km to Triund. The snow line of Ilaqa Got is just a 5-km walk.

Other trekking trails that lead you to Chamba from Dharamshala are:
• Toral Pass (4575m) which begins from Tang Narwana (1150m) that is located nearly 10 km from Dharamshala
• Across Bhimghasutri Pass (4580m) via near-vertical rocky ascents, steep cliffs and dangerous gorges. This is a highly difficult level trek and takes around six days to complete.
• Dharamshala—Bleni Pass (3710m) – Dunali. Compared to other trekking trails, this one is much easier and takes around four or five-days to complete. The trek leads you through alpine pastures, woods, and streams, before ending at Dunali, on the Chamba road.Also, Dharamshala is an ideal destination for rock climbing enthusiasts. One can go rock climbing over the ridges of the Dhauladhar range.

Here's the our members favorite photos of "Cities in Himachal Pradesh". Upload your photo of Dharamshala!

Going to Dharamshala? Get answers from our friendly locals