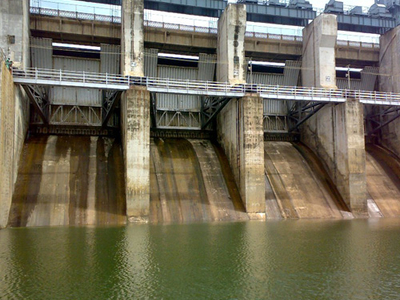 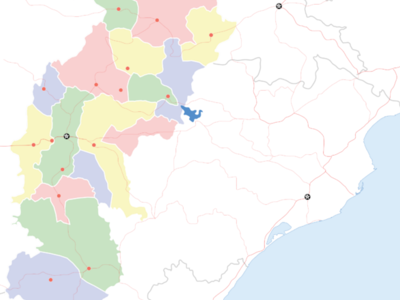 The first major town on NH 43 from Raipur to Jagdalpur is Dhamtari. Though the town is not a part of Bastar Division, the railway station here serves as the nearest railhead for travellers arriving in Bastar area from the north. It is also known as the 'Gateway to Dandakaranya'. Abbreviated from dhamma (piety) and tarai (plains), Dhamtari is famous for its lush green forests and diverse wildlife.

The town was made the head-quarters of the district with the same name when Chhattisgarh was carved out of Madhya Pradesh. A major attraction in Dhamtari is the Saptarishi Mandal. It comprises the ashrams of the seven sages - Shringi, Gautama, Agastya, Kanka, Muchkunda, Aangira and Sharbhanga. The flow of the Mahanadi in the area around Dhamtari has facilitated the construction of a number of dams like Gangrel, Sondhur and Dudhawa, thus also giving rise to scenic lakes like the Madamsilli reservoir.

The Ravishankar Sagar dam in Gangrel irrigates almost 57,000 hectares of land and is the main source of water for the Bhilai Steel Plant and Raipur. The solar-powered resort next to the Gangrel Dam is a delightful place to stay at. Travellers making the long journey to Jagdalpur from Raipur or beyond find the resort a convenient stopover.

Here's the our members favorite photos of "Cities in Chhattisgarh". Upload your photo of Dhamtari!

Going to Dhamtari? Get answers from our friendly locals