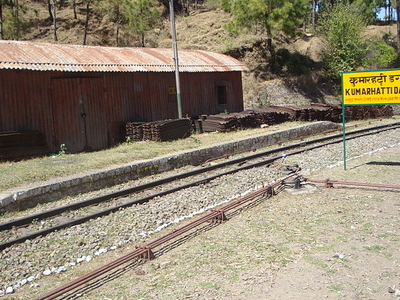 Dagshai is one of the oldest cantonment towns in the Solan district of Himachal Pradesh, India. It is situated on top of a 5689 feet (1734 mtr) high hillock that stands sphinx-like astride the Kalka-Shimla Highway at a point about 11 km from Solan. It was founded in 1847 by the East India Company by securing free of cost five villages from Maharaja of Patiala aka Bhupinder Singh of Patiala. The name of these villages were Dabbi, Badhtiala, Chunawad, Jawag and Dagshai. The new cantonment was named after the last named village, as it was the largest and most strategically located. The name Dagshai, according to a popular local legend was derived from Daag-e-Shahi. During the Moghul times a Daag-e-Shahi (royal mark) was put on the forehead of the criminals and sent packing to the then Dagshai village.

Overview:
Built by the British as a sanatorium for tuberculosis patients, it has a British era graveyard overlooking a valley. It is on the same height as Lawrence School Sanawar near Kasauli, and is a short drive from Dharampur on the Chandigarh Simla highway. It is some 65 km from Chandigarh. Unlike Kasauli it is to the right of the highway while driving towards Simla. There are two roads up, both steep. And after snow, snow chains are a must to drive up to Dagshai or getting down from it. There is an army unit stationed there, a residential only Army Public School, Dagshai and a private school called Dagshai Public School.

There is a very small civilian town, and the two schools take up most of this hilltop station. There are no hotels in Dagshai, but the place has a lot of picnic spots with grand views. From some spots one can see the entire Panchkula and Chandigarh lights at night. Also, one is able to see Timber Trail Heights and Timber Trail Resorts, Parwanoo There is a railway station on the Kalka Simla line at Kumar Hatti, from where Dagshai is about 1.5 km uphill. The next towns in the direction towards Simla are Barog and Solan. Solan is some 11 km from Kumar Hatti by road, and Dagshai is some 3 km from Kumar Hatti. From Kumar Hatti there is also a road to Sarahan and Nahan.

Dagshai Central Jail:
The Dagshai Central Jail now being used as office for Junior Engineer and Godown by the Military Engineering Service (MES) was built in 1849. This jail came into limelight when a number of Irish freedom fighters were executed here prompting Mahatma Gandhi to rush to an on the spot assessment of the situation. Four revolutionaries of Kamagata Maru were also executed at Dagshai. Presently this jail is being maintained by MES under GE S/H Kasauli. Now it has been converted into museum.

Here's the our members favorite photos of "Towns & Villages in Solan". Upload your photo of Dagshai!

Going to Dagshai? Get answers from our friendly locals