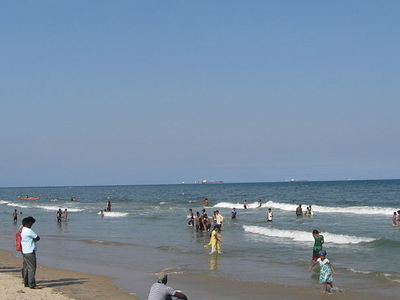 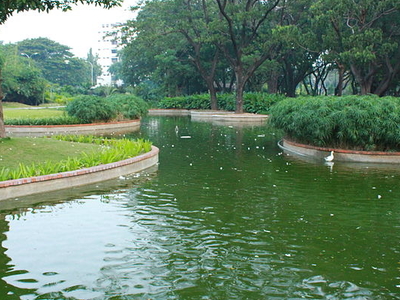 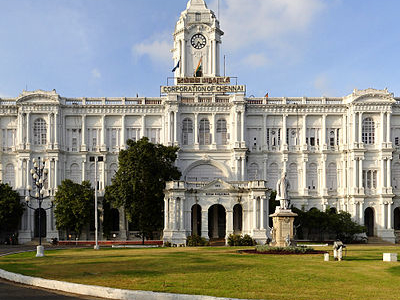 More Photos >
Save me
Been here
Want to go
Show on Map
Here to help 201 tour guides, 943 locals and 8 ambassadors

Chennai formerly known as Madras, is the capital city of the Indian state of Tamil Nadu. Located on the Coromandel Coast off the Bay of Bengal, it is a major commercial, cultural, economic and educational center in South India. It is also known as the "Cultural Capital of South India".

The area around Chennai had been part of successive South Indian kingdoms through centuries. The recorded history of the city began in the colonial times, specifically with the arrival of British East India Company and the establishment of Fort St. George in 1644. The British defended several attacks from the French colonial forces, and from the kingdom of Mysore, on Chennai's way to become a major naval port and presidency city by late eighteenth century. Following the independence of India, Chennai became the capital of Tamil Nadu and an important centre of regional politics that tended to bank on the Dravidian identity of the populace.

Arts and culture:
Music and performing arts:
Chennai is a major centre for music, art and culture in India. The city is known for its classical dance shows. In 1930, for the first time in India, Madras University introduced a course of music, as part of the Bachelor of Arts curriculum. The Madras Music Season, initiated by Madras Music Academy in 1927, is celebrated every year during the month of December. It features performances of traditional Carnatic music by many artists in and around the city. An arts festival called the Chennai Sangamam, which showcases not only various arts of Tamil Nadu but also from the neighbouring states, like kalari (from Kerala), which is a major attraction, is held in January every year.

The Speciality of Chennai Sangamam is that the various programs are held near or at the various famous landmarks in the city so that everyone in the city has access to the programs and there is no fee charged for entry for any of the programs. Chennai is also known for Bharata Natyam, a classical dance form that originated in Tamil Nadu and is the oldest dance form of India. An important cultural centre for Bharata Natyam is Kalakshetra, on the beach in the south of the city. In 2012, a group of five Bharatha Natyam dancers from Chennai performed at the India Campaign during the 2012 Summer Olympics. Chennai is also home to some choirs, who during the Christmas season stage various carol performances across the city in Tamil and English.

Cinema:
Chennai is the base for the Tamil film industry, known as Kollywood. Many film personalities have gone on to become Chief Ministers of the State. M.G. Ramachandran and J. Jayalalitha are prime examples of actors turned able administrators. M.Karunanidhi is another chief minister turned politician who has close links with the cinema industry. All mentioned above have contributed to the spread of Tamil cinema and language in India.  Chennai hosts major film studios, including AVM studios, so on. AVM studio is the oldest surviving studio in India. As of 2012, there are 120 cinema screens in Chennai. Chennai's theatres stage many Tamil plays; political satire, slapstick comedy, history, mythology and drama are among the popular genres. English plays are popular in the city.

Beaches and parks:
The old corporation limit of Chennai has a total coast length of about 19 km, which has more than doubled with the expanded corporation limits. Marina Beach runs for 6 km (3.7 mi), spanning along the shoreline of the city between the deltas of Cooum and Adyar, and is the second longest urban beach in the World. Elliot's Beach lies south of the Adyar delta.

Chennai is one of the few cities in the world that accommodates a national park, the Guindy National Park, within its limits. The city has an estimated 4.5 percent of its area under green cover. This enables Chennai residents to go birding in Chennai. The seven zones of the old corporation limits has about 260 parks, many of which suffer poor maintenance. The city has a per capita park space of 0.41 sq m, which is the least among all metros in India. The eight zones in the newly added areas of the city have about 265 locations that have been identified for development of new parks. The largest among the parks is the 358-acre Tholkappia Poonga, developed to restore the fragile ecosystem of the Adyar estuary. The horticulture department-owned Semmozhi Poonga is an 20-acre botanical garden located in the downtown.

Tourism and hospitality:
With temples, beaches and centres of historical and cultural significance, including the UNESCO Heritage Site of Mahabalipuram, Chennai is one of the most visited cities in India. In 2007, Chennai was the third most visited city in India by foreigners ranked after Delhi and Mumbai, with about 650,000 foreign tourists visiting the city. In 2009, Chennai attracted the highest number of foreign tourists in the country. The city serves as the gateway to the southern part of India with tourists landing in the city and starting their trip to the rest of the region. Top foreign nationals visiting the city includes those from Sri Lanka, Malaysia, and Singapore, followed by the United Kingdom, France and the United States. In 2010, the figure of foreign tourist arrival increased by 40 percent in the first half of the year. About 830,620 domestic tourists arrived in Chennai in March 2011.

Recreation:
Zoo, beaches, and wildlife parks form the primary recreation areas of the city. The Arignar Anna Zoological Park, one of the largest zoological parks in the world, attracts nearly 2 million visitors per year. The city boasts two popular beaches, the Marina and Elliot's. Guindy National Park, a protected area of Tamil Nadu, has a children's park and a Snake Park, which gained statutory recognition as a medium zoo from the Central Zoo Authority of India in 1995.

Chennai houses several theme parks, namely MGM Dizzee World, VGP Golden Beach and Queens Land. The safety of several amusement parks has been questioned after several fatal accidents occurred. Other important recreation centres include Madras Boat Club, which is over 140 years old, and Gymkhana Club, which is famous for its 18-hole golf courses. Built in 1867, Madras Boat Club is the second oldest rowing club in India.

Here's the our members favorite photos of "Cities in Tamil Nadu". Upload your photo of Chennai!

Going to Chennai? Get answers from our friendly locals