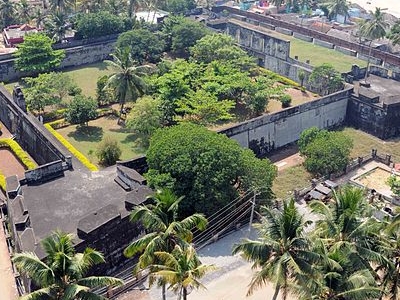 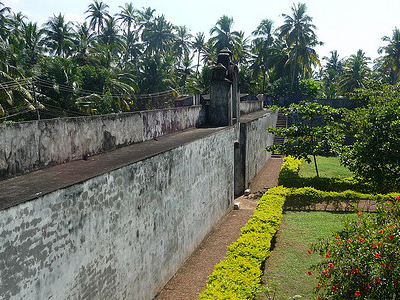 Anjengo Fort is a fort near Varkala. It is a place of historic importance as well as beautiful natural setting, Anjengo is an ideal destination for those who don't mind walking around and explore what is in store. The historic significance tagged to Anjengo comes through foreign powers like the Portuguese, the Dutch and finally the English East India Company. In the year 1684, the English East India Company chose Anjengo to establish their first trade settlement in Kerala.

At Anjengo, one can find the remnants of the old English Fort, which was targeted several times by other foreign powers, who were at that time fighting each other to get a firm footing in Kerala. The Fort is now under the protection of National Heritage Monuments. There is also a cemetery inside the fort, which most probably would be having the remains of the occupants of the fort, and the oldest among the burial sites dates to 1704. The beautiful Muthalapuzhi lake is situated in Anjengo.

Here's the our members favorite photos of "Forts near Varkala". Upload your photo of Anjengo Fort!

Going to Anjengo Fort? Get answers from our friendly locals