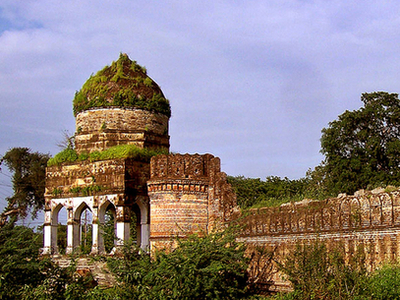 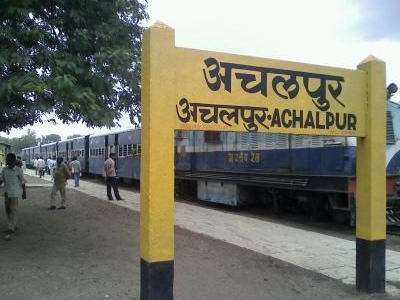 Save me
Been here
Want to go
Show on Map
Here to help 1 tour guides and 5,186 locals

Achalpur  formerly known as Ellichpur and Illychpur, is a city and a municipal council in Amravati District in the Indian state of Maharashtra. It has a twin city known as Paratwada. It has an average elevation of 369 metres (1210 ft). This twin city is surrounded by rivers named Sapan and Bichan, the tributaries of Chandrabhaga river. There is hilly area that acts like a fence to this city. This city is at the boundary of Maharashtra and Madhya Pradesh. Even Madhya Pradesh is so close to this city that travelling of (about) 10 km changes the state region.

Transportation
Achalpur is the northern terminus of the 762 mm narrow gauge railway known locally as the Shakuntala railway. This line is composed of two legs intersecting with the Mumbai–Kolkata standard gauge railway at Murtajapur — the 76 km northern leg to Achalpur and the 113 km southeastern leg to Yavatmal. As of 2004 this line was still owned by a London-based company which had leased the line to India's Central Railway since 1903.

History
It is first mentioned authentically in the 13th century as one of the famous cities of the Deccan. Though tributary to the Muslim Delhi Sultanate after 1294, it remained under Hindu administration till 1318, when it came directly under the Muslims. It was afterwards capital of the province of Berar at intervals until the Mughal occupation, when the seat of the provincial governor was moved to Balapur. The town retains many relics of the Nawabs of Berar.

Paratwada
Paratwada is quite a modern city. Its existence being due to its selection as a military camp when Salabat Khan's reformed troops were converted into the Achalpur Bridge and made a part of Hyderabad Contingent. The city is divided into seven puras or quarters named Chhota Bazaar, Motha Bazaar, Mogalaipura, Gatarmal pura, Vakil line, Pension pura etc. The civil station is well laid out area with broad roads and excellent bungalows and public offices. There are two temples of Lord Datta and Vitthal. The Paratwada Municipal Council was established in the year 1893. Now both, Achalpur and Paratwada Municipal Councils are amalgamated.

Here's the our members favorite photos of "Cities in Maharashtra". Upload your photo of Achalpur!

Going to Achalpur? Get answers from our friendly locals