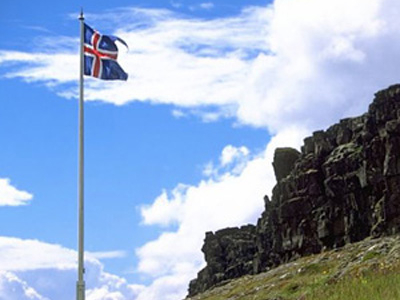 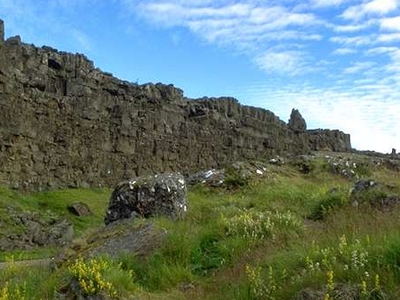 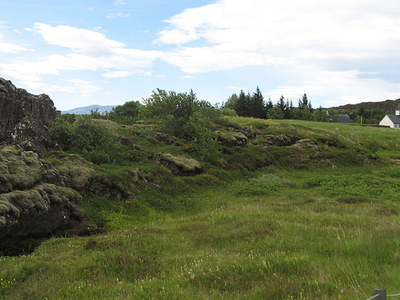 Þingvellir is a place in Bláskógabyggð in southwestern Iceland, near the peninsula of Reykjanes and the Hengill volcanic area. Þingvellir is a site of historical, cultural, and geological importance and is one of the most popular tourist destinations in Iceland. It is the site of a rift valley that marks the crest of the Mid-Atlantic Ridge. It is also home to Þingvallavatn, the largest natural lake in Iceland.

Parliament or Alþingi was established at Þingvellir in 930 and remained there until 1789. Þingvellir National Park was founded in 1930 to protect the remains of the parliament site and was later expanded to protect natural phenomena in the surrounding area. Þingvellir National Park was the first national park in Iceland and was decreed "a protected national shrine for all Icelanders, the perpetual property of the Icelandic nation under the preservation of parliament, never to be sold or mortgaged."

Social Center:
Þingvellir was the center of Icelandic culture. Every year during the Commonwealth period, people would flock to Þingvellir from all over the country, sometimes numbering in the thousands. They set up dwellings with walls of turf and rock and temporary roofing and stayed in them for the two weeks of the assembly. Although the duties of the assembly were the real reason for going there, ordinary people gathered at Þingvellir for a wide variety of reasons.

Merchants, sword-sharpeners, and tanners would sell their goods and services, entertainers performed, and ale-makers brewed drinks for the assembly guests. News was told from distant parts; games and feasts were held. Young people met to make their plans, no less than leading national figures and experts in law. Itinerant farmhands looked for work and vagrants begged. Þingvellir was a meeting place for everyone in Iceland, laying the foundation for the language and literature that have been a prominent part of people's lives right up to the present day.

Geography:
Þingvellir became a national park in 1928 due to its historical importance, as well as the special tectonic and volcanic environment. The continental drift between the North American and Eurasian Plates can be clearly seen in the cracks or faults which traverse the region, the biggest one, Almannagjá, being a veritable canyon. This also causes the often-measurable earthquakes in the area.

Some of the rifts are full of surprisingly clear water. One, Nikulásargjá, is better known as Peningagjá (lit. "coin fissure"), as it is littered with coins at its bottom. After being bridged in 1907 for the arrival of King Frederick VIII of Denmark, visitors began to throw coins in the fissure, a tradition based on European legends.

Þingvellir is situated on the northern shore of Þingvallavatn, the largest natural lake of Iceland. The river Öxará traverses the national park and forms a waterfall at the Almannagjá, called Öxarárfoss. On the lake's northern shore Silfra fissure is a popular dive and snorkel tour location. Together with the waterfall Gullfoss and the geysers of Haukadalur, Þingvellir is part of the most famous sights of Iceland, the Golden Circle. Þingvellir is a designated UNESCO World Heritage Site.

Here's the our members favorite photos of "National Parks in Hvalfjordur". Upload your photo of Þingvellir!

Going to Þingvellir? Get answers from our friendly locals