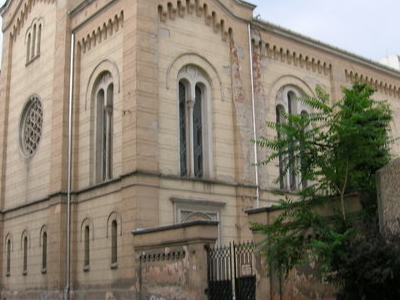 The synagogue was designed by Ludwig Förster and built between 1856 and 1862 in neo-Romanesque style. Its Kazinczy Street facade has a rose window and narrow Gothic windows. The synagogue has three aisles. The women's balcony is supported by slim iron pillars decorated with Gothic and Byzantine elements. The painting of the walls feature ornamental Eastern design.

Here's the our members favorite photos of "Synagogues in Miskolc". Upload your photo of Synagogue of Miskolc!

Going to Synagogue of Miskolc? Get answers from our friendly locals