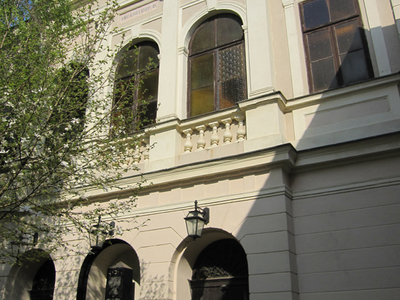 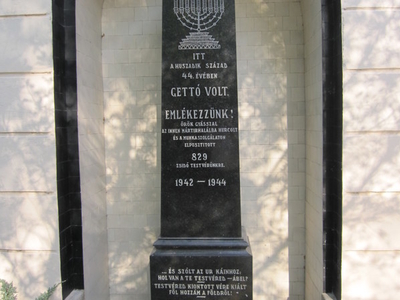 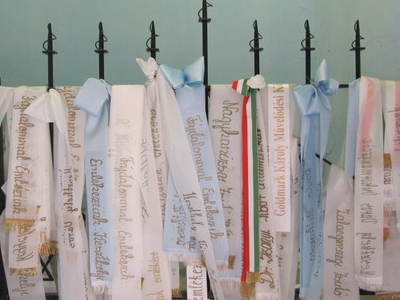 The Keszthely Synagogue is a synagogue in Keszthely, Hungary. The synagogue was originally built in 1852 in the neo-classical style. The shape was altered in 1894 when the building was remodeled in the spirit of eclecticism. In 1898 an organ built by Sándor Országh was installed.

The building has undergone a number of renovations - in 1930, in 1945 and in 1967. In 1987 part of the ceiling collapsed and as a result planning began in 1991 to fully renovate the building. Full renovation work started in 1993, and the synagogue was reconsecrated on July 7, 1995 in the presence of the President of the Republic Árpád Göncz and the Chief Rabbi Tamás Raj. In 1997 its painted decorations and work on the facade was also completed.

Here's the our members favorite photos of "Synagogues near Keszthely". Upload your photo of Keszthely Synagogue!

Going to Keszthely Synagogue? Get answers from our friendly locals