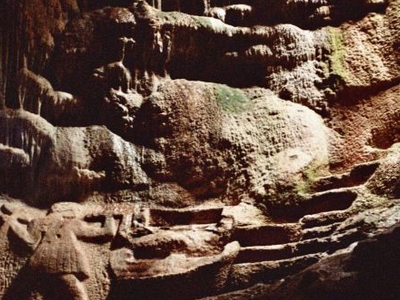 The Cave of Archedemos the Nympholept is a small cave near Vari in Attica, Greece. The cave is an archaeological site (meaning that access is restricted - the location given in the infobox is not exact). It was excavated in the first quarter of the 20th century by an American team of archaeologists.

The cave is unique in Greece in that there exist ancient sculptures hewn into the living rock of the cave. In fact, the sculptures are carved into a calcite column and flowstone within the cave. The cave was used from the Archaic period and reused in Early Christian times. The marble votive tablets from the cave are now exhibited at the National Archaeological Museum of Athens.

Here's the our members favorite photos of "Caves in Athens". Upload your photo of Cave of Archedemos!

Going to Cave of Archedemos? Get answers from our friendly locals