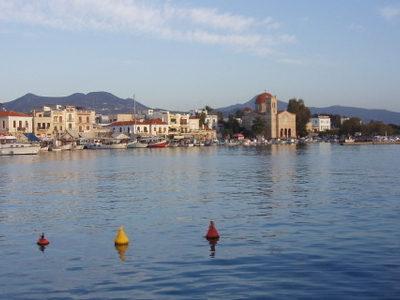 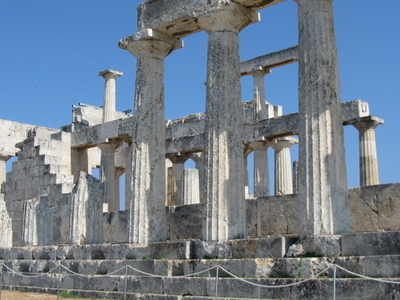 Aegina is one of the Saronic Islands of Greece in the Saronic Gulf, 17 miles (27 km) from Athens. Tradition derives the name from Aegina, the mother of Aeacus, who was born in and ruled the island. During ancient times, Aegina was a rival to Athens, the great sea power of the era. The municipality Aegina consists of the island Aegina and a few offshore islets. It is part of the Islands regional unit, Attica region.

The municipality is subdivided into the following five communities (population in 2001 in brackets): The capital is the town of Aegina, situated at the northwestern end of the island. Due to its proximity to Athens, it is a popular quick getaway during the summer months, with quite a few Athenians owning second houses on the island. Aegina is roughly triangular in shape, approximately 15 km (9.3 mi) from east to west and 10 km (6.2 mi) from north to south, with an area of about 87 km2 (34 sq mi).

Here's the our members favorite photos of "Islands in Greece". Upload your photo of Aegina!

Going to Aegina? Get answers from our friendly locals