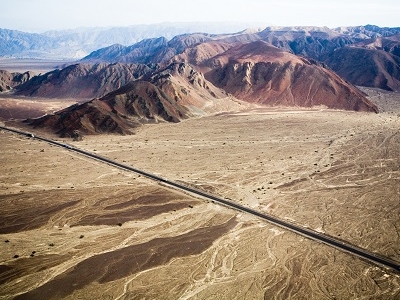 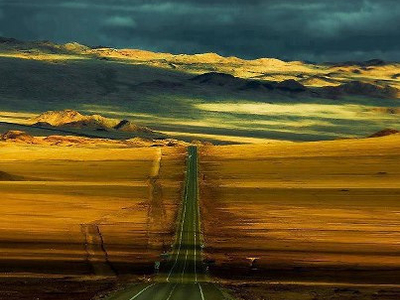 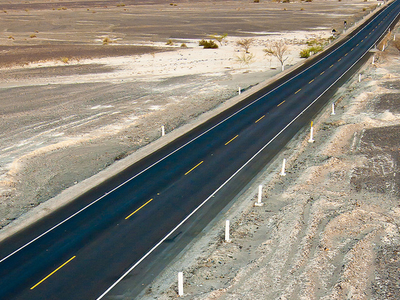 The Pan-American Highway (Portuguese: Rodovia / Auto-estrada Pan-americana, Spanish: Autopista / Carretera / Ruta Panamericana) is a network of roads measuring about 47,958 kilometres (29,800 mi) in total length.[citation needed] Except for a 159-kilometre (99 mi) rainforest break, called the Darién Gap, the road links the mainland nations of the Americas in a connected highway system. According to Guinness World Records, the Pan-American Highway is the world's longest "motorable road". However, because of the Darién Gap, it is not possible to cross between South America and Central America by traditional motor vehicle.

The Pan-American Highway system is mostly complete and extends from Prudhoe Bay, Alaska, in North America to the lower reaches of South America. Several highway termini are claimed to exist, including the cities of Puerto Montt and Quellón in Chile and Ushuaia in Argentina. No comprehensive route is officially defined in Canada and the United States, though several highways in the U.S. are called "Pan-American".

Here's the our members favorite photos of "Roads and Highways in World". Upload your photo of Pan American Highway!

Going to Pan American Highway? Get answers from our friendly locals