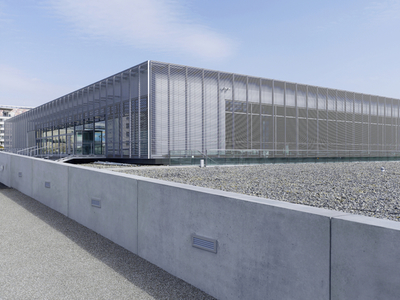 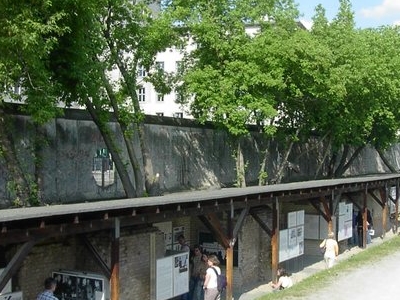 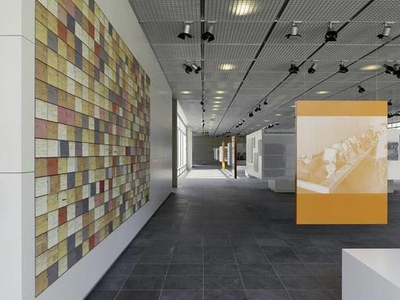 The Topography of Terror (German: Topographie des Terrors) is an outdoor and indoor history museum in Berlin, Germany. It is located on Niederkirchnerstrasse, formerly Prinz-Albrecht-Strasse, on the site of buildings which during the Nazi regime from 1933 to 1945 were the headquarters of the Gestapo and the SS, the principal instruments of repression during the Nazi era.

The buildings that housed the Gestapo and SS headquarters were largely destroyed by Allied bombing during early 1945 and the ruins demolished after the war. The boundary between the American and Soviet zones of occupation in Berlin ran along the Prinz-Albrecht-Strasse, so the street soon became a fortified boundary, and the Berlin Wall ran along the south side of the street, renamed Niederkirchnerstrasse, from 1961 to 1989. The wall here was never demolished. Indeed the section adjacent to the Topography of Terror site is the longest extant segment of the outer wall (the longer East Side Gallery section in Friedrichshain being actually part of the inner wall not visible from West Berlin).

The first exhibitions of the site took place in 1987, as part of Berlin's 750th anniversary. The cellar of the Gestapo headquarters, where many political prisoners were tortured and executed, were found and excavated. The site was then turned into a memorial and museum, in the open air but protected from the elements by a canopy, detailing the history of repression under the Nazis. The excavation took place in cooperation with East German researchers, and a joint exhibition was shown both at the site and in East Germany in 1989.

In 1992, two years after German reunification, a foundation was established to take care of the site, and the following year, it initiated an architectural competition to design a permanent museum. A design by architect Peter Zumthor was chosen. However, construction was stopped due to funding problems after the concrete core of the structure had been built. This stood on the site for nearly a decade until it was finally demolished in 2004 and a new building begun.

Here's the our members favorite photos of "Museums in Berlin". Upload your photo of Topography of Terror!

Going to Topography of Terror? Get answers from our friendly locals