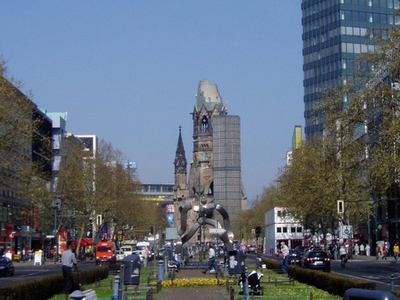 Tauentzienstraße is a major shopping street in the western inner city of Berlin, Germany. With a length of about 500 m (1,600 ft) it runs between two important squares, Wittenbergplatz in the east and Breitscheidplatz in the west, where it is continued by the Kurfürstendamm boulevard. While the eastern half belongs to the Schöneberg district, the western part beyond Nürnberger Straße is in Charlottenburg.

Attractions:
Midway along the street is a sculpture, entitled Berlin, that expresses the "broken" nature of the city during the Cold War. Stores along its length include the famous Kaufhaus des Westens (KaDeWe), the largest department store in continental Europe, a Peek & Cloppenburg clothing store.

Here's the our members favorite photos of "Famous Streets in Berlin". Upload your photo of Tauentzienstraße!

Going to Tauentzienstraße? Get answers from our friendly locals