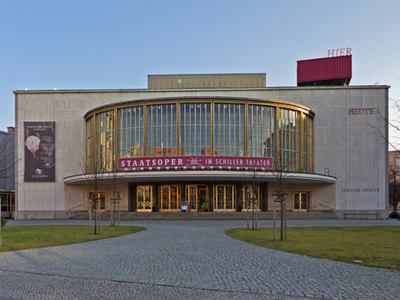 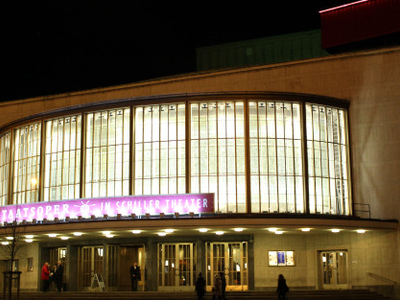 The Schiller Theater is a theatre in Berlin, Germany. During the 1920s and 1930s, it was used by the Preußisches Staatstheater Berlin theatre company and, after post-war rebuilding, from 1951 to 1993 the Staatliche Schauspielbühnen Berlin. In 1993, the Berlin Senate decided to close it for financial reasons. It is now rented out for theatre performances and other events, and is used by the Staatsoper Unter den Linden as a second venue. It is located in the district of Charlottenburg of the borough of Charlottenburg-Wilmersdorf near Ernst-Reuter-Platz in Bismarckstraße 110 (formerly No. 117-120).

Here's the our members favorite photos of "Theaters in Berlin". Upload your photo of Schiller Theater!

Going to Schiller Theater? Get answers from our friendly locals