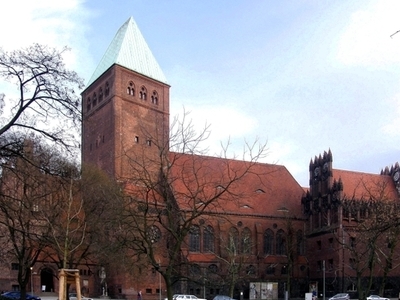 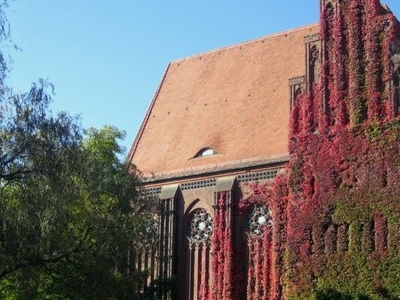 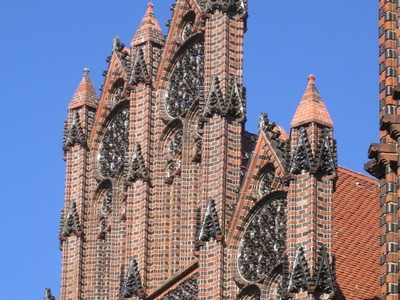 The Märkisches Museum (Marcher Museum; originally Märkisches Provinzial-Museum, i.e. Museum of the Province of the March [of Brandenburg]) is a museum in Mitte, Berlin. Founded in 1874 as the museum of the city of Berlin and its political region, the March of Brandenburg, it occupies a building on the northern edge of Köllnischer Park, facing the Spree, which was designed by Ludwig Hoffmann and completed in 1908. It is now the main facility of the Stiftung Stadtmuseum Berlin, Landesmuseum für Kultur und Geschichte Berlins, the City of Berlin museum foundation, which also operates four other sites.

Background:
In the second half of the 19th century, Berlin grew very rapidly. The foundation stone of a new, much larger town hall, the Rotes Rathaus, was laid in 1861. The changes provoked interest amongst the bourgeoisie in the city's past and in preserving what had not already been lost. The Verein für die Geschichte Berlins (Association for the history of Berlin) was founded. It included early photographers such as Friedrich Albert Schwartz who began to document the changes to the city, assembling one of the first systematic photographic portraits of a city and its architecture.

Beginning in the 1860s, they urged the foundation of a regional history museum. Ernst Friedel, a judge and antiquarian who had personally collected prehistoric and historic objects and paintings from Brandenburg for this purpose, persuaded the Magistrat, the executive council of Berlin, to form a new department of "Collections" and Friedel was appointed to head it together with the existing library and archive. On 9 October 1874 with the city's official acceptance of his plan, the Märkisches Provinzialmuseum (Provincial museum of the March) was founded.

This was the first museum in Berlin to be completely independent of the Prussian crown. It had a budget of only 2,000 Goldmarks a year for purchases, and was therefore dependent from the start on donations from foundations and individuals. The Emperor later contributed a small fund for the purchase of photographs of the city.

Here's the our members favorite photos of "Museums in Berlin". Upload your photo of Märkisches Museum!

Going to Märkisches Museum? Get answers from our friendly locals