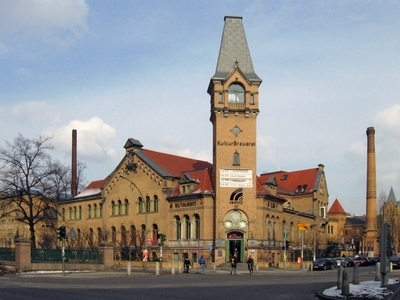 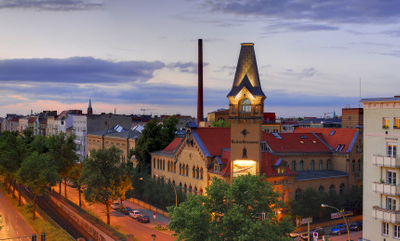 The Berlin Kulturbrauerei (literally "Culture Brewery") is a 25,000 square metres (270,000 sq ft) building complex in Berlin, Germany. Originally built and operated as a brewery, its courtyards and unique architecture have been protected as a monument since 1974 and it is one of the few well-preserved examples of industrial architecture in Berlin dating from the end of the 19th Century.

It is supported by the Treuhandliegenschaftsgesellschaft (TLG) and operated commercially as a cultural centre in the Kollwitz neighborhood of the Prenzlauer Berg district (Borough of Pankow). It provides cinemas, theatres, clubs and function rooms. It is situated close to the Eberswalder Straße U-Bahn station.

Here's the our members favorite photos of "Key Buildings in Berlin". Upload your photo of Kulturbrauerei!

Going to Kulturbrauerei? Get answers from our friendly locals