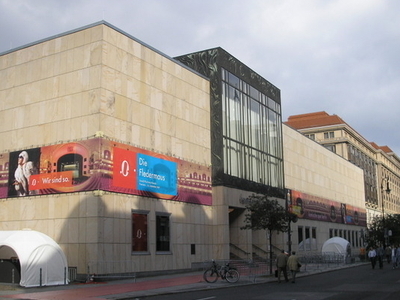 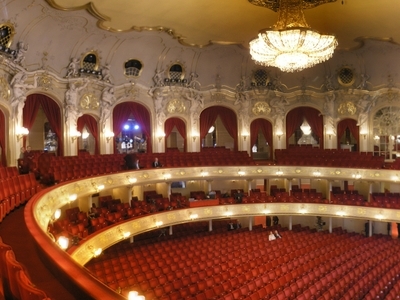 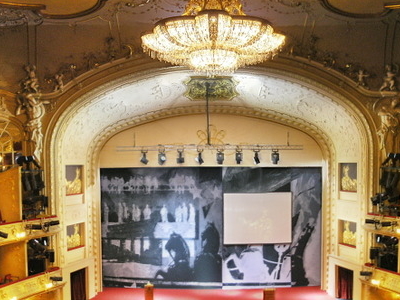 The Komische Oper Berlin is an opera company in Berlin, Germany, which specializes in German language productions of opera, operetta and musicals. Since 2004, it has been operated by the Berliner Opernstiftung, and is located on Behrenstraße, just a few steps from the famous Berlin street Unter den Linden.

The theatre was built between 1891 and 1892 by architects Ferdinand Fellner and Hermann Helmer for a private society. It first opened on 24 September 1892 as "Theater Unter den Linden" with Adolf Ferron's operetta Daphne and Gaul and Haßreiter's ballet Die Welt in Bild und Tanz.

The theatre was primarily a vehicle for operetta, but was also used for various other events and balls. Around 800 people could be seated in the stalls, and the balconies and various en-suite dinner rooms housed about a further 1,700 seats. Its directors went bankrupt in 1896 and the theatre was forced to close its doors.

Here's the our members favorite photos of "Opera Houses in Berlin". Upload your photo of Komische Oper Berlin!

Going to Komische Oper Berlin? Get answers from our friendly locals

Love opera houses? Check these out;