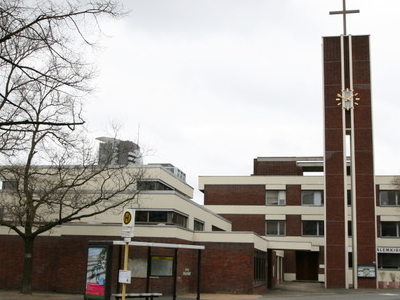 Jerusalem Church (German: Jerusalemskirche, Jerusalemkirche or Jerusalemer Kirche) is one of the churches of the Evangelical Congregation in the Friedrichstadt (under this name since 2001), a member of the Protestant umbrella organisation Evangelical Church of Berlin-Brandenburg-Silesian Upper Lusatia. The present church building is located in Berlin, borough Friedrichshain-Kreuzberg, in the quarter of Friedrichstadt. Jerusalem Church is fourth in rank of the oldest oratories in the town proper (except of suburbs incorporated in 1920, which are partly older).

Here's the our members favorite photos of "Churches in Berlin". Upload your photo of Jerusalem Church!

Going to Jerusalem Church? Get answers from our friendly locals