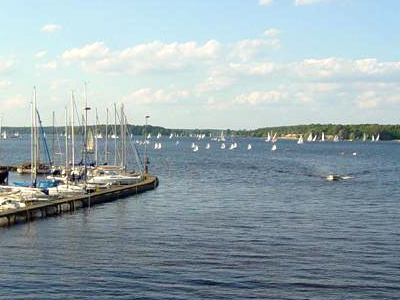 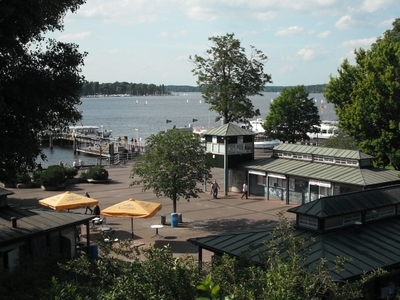 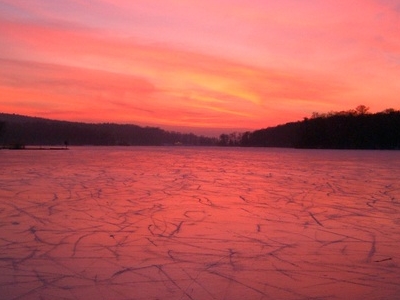 The Wannsee lake is well known as the number-one bathing and recreation spot for western Berlin, especially from a 1951 Schlager hit by teen idol Cornelia Froboess. The Strandbad Wannsee, an open-air lido with one of the longest inland beaches in Europe and a popular nudist area, was built in 1920-1930 after a concept by architect Richard Ermisch. Situated on the eastern shore of the lake it is officially part of the Nikolassee locality.

Here's the our members favorite photos of "Lakes in Berlin". Upload your photo of Großer Wannsee!

Going to Großer Wannsee? Get answers from our friendly locals