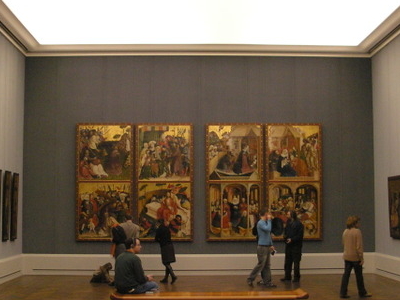 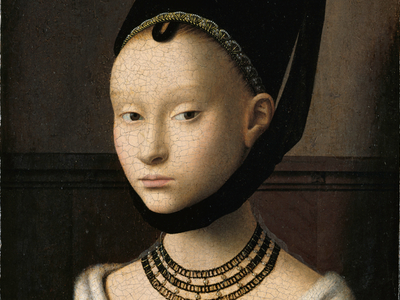 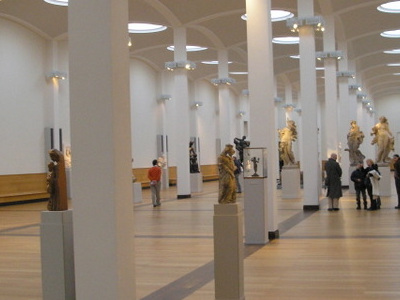 The Gemäldegalerie is an art museum in Berlin, Germany, and the museum where the main selection of paintings belonging to the Berlin State Museums (Staatliche Museen zu Berlin) is displayed. It holds one of the World's leading collections of European paintings from the 13th to the 18th centuries. Its collection includes masterpieces from such artists as Albrecht Dürer, Lucas Cranach, Hans Holbein, Rogier van der Weyden, Jan van Eyck, Raphael, Titian, Caravaggio, Peter Paul Rubens, Rembrandt and Johannes Vermeer. It was first opened in 1830, and the current building was completed in 1998. It is located in the Kulturforum museum district west of Potsdamer Platz.

The Collection:
The Gemäldegalerie prides itself on its scientific methodology in collecting and displaying art. Each room can be taken in as a single statement about one to five artists in a certain period or following a certain style. The German collection is the finest and most comprehensive in the world, rivalled only by Vienna and Munich, and the Early Netherlandish and Italian collections also exceptionally comprehensive. The holdings of Spanish, French and British art are much smaller. Especially notable rooms include the octagonal Rembrandt room and a room containing five different Madonnas by Raphael. There are two paintings by Vermeer in the collection, The Wine Glass and Woman with a Pearl Necklace.

Other notable experiences include Flemish moralistic paintings which stretch across the north side of the museum, showing an interplay between the religious motives of the artists' patrons and the often sensual inspirations of the artists. In the Renaissance section, for example, Caravaggio's Amor Victorious is displayed alongside Giovanni Baglione's Sacred Love Versus Profane Love. The two paintings are historically connected; after hearing of the scandalous portrayal of the theme "love conquers all" in Caravaggio's work, a Roman bishop commissioned Baglionne's reply, which mimics Carvaggio's style, including the features of Amor.

Here's the our members favorite photos of "Museums in Berlin". Upload your photo of Gemäldegalerie!

Going to Gemäldegalerie? Get answers from our friendly locals