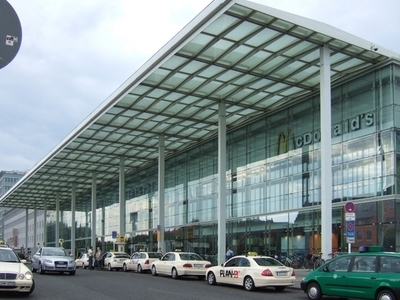 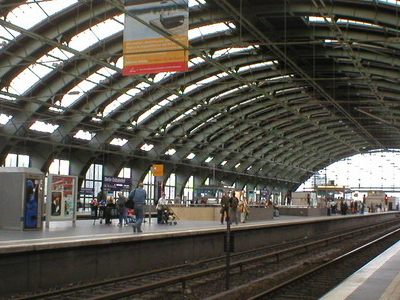 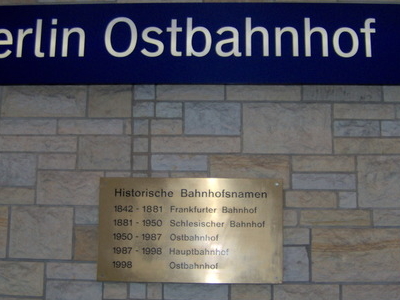 Berlin Ostbahnhof (translates from German as Berlin East railway station) is a mainline railway station in Berlin, Germany. It is in Friedrichshain, now part of Friedrichshain-Kreuzberg district, and has undergone several name changes in its history. It was known as Berlin Hauptbahnhof from 1987 to 1998, a name now applied to Berlin's new central station. Alongside Berlin Zoologischer Garten station it was one of the city's two main stations; however, it has declined in significance since the opening of the new Hauptbahnhof on 26 May 2006, and many mainline trains have been re-routed through the new Tiergarten tunnels, bypassing Ostbahnhof.

Here's the our members favorite photos of "Railway Stations in Berlin". Upload your photo of Berlin Ostbahnhof!

Going to Berlin Ostbahnhof? Get answers from our friendly locals