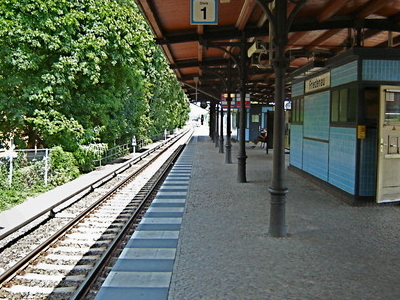 Berlin-Friedenau is a railway station in Berlin, Germany. Though it is named after the nearby Friedenau locality, the station officially is located in the southern area of the Schöneberg district. It was opened in 1891 with the Wannseebahn rapid transit railway. Today it is served by the S1 line of the Berlin S-Bahn.

Here's the our members favorite photos of "Railway Stations in Berlin". Upload your photo of Berlin-Friedenau Station!

Going to Berlin-Friedenau Station? Get answers from our friendly locals