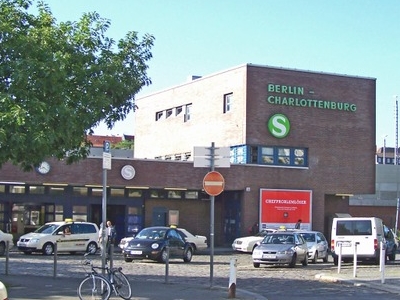 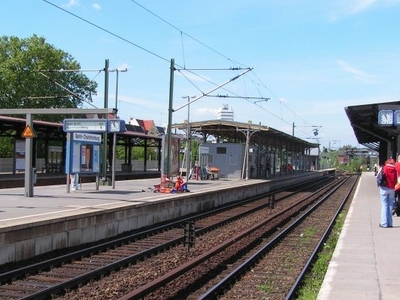 Berlin-Charlottenburg is a railway station situated in the Charlottenburg district of Berlin. The station is located on the Stadtbahn line, served by the S5, S7 and S75 lines of the Berlin S-Bahn, as well as by Regional-Express and Regionalbahn trains operated by Deutsche Bahn. The U-Bahn station Wilmersdorfer Straße (U7) can be reached via short footpath.

The station was opened on 7 February 1882 as the western endpoint of the Stadtbahn line in the then indepedent town of Charlottenburg. From here the Berlin-Blankenheim railway ran southwestwards, a section of the Kanonenbahn rail route to Metz in Alsace-Lorraine.

Here's the our members favorite photos of "Railway Stations in Berlin". Upload your photo of Berlin-Charlottenburg Station!

Going to Berlin-Charlottenburg Station? Get answers from our friendly locals