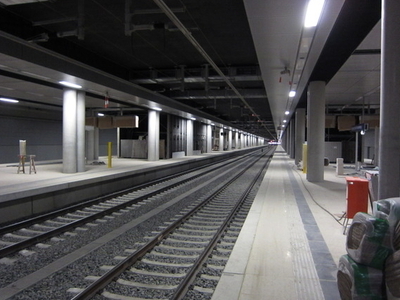 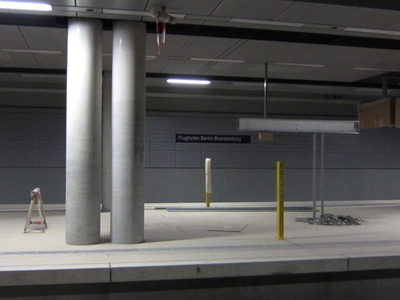 Due to delays in the construction of the airport it is not yet known when the airport will open, possibly in 2015. The station will be served by Berlin S-Bahn, Regional-Express, EuroCity and Intercity-Express services. The station lies directly under the airport terminal and has six platforms. Two of these are terminating platforms for the S-Bahn lines S45 and S9.

Here's the our members favorite photos of "Railway Stations in Berlin". Upload your photo of Berlin Brandenburg Airport Railway Station!