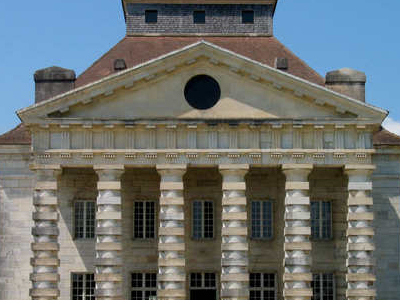 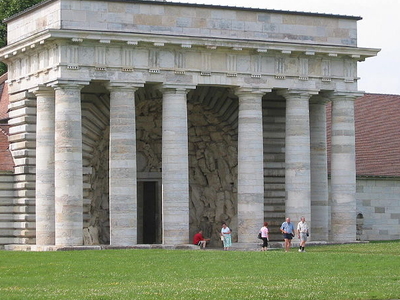 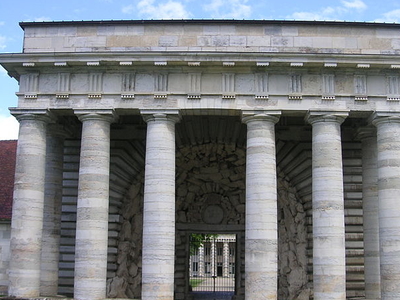 The Saline Royale (Royal Saltworks) is a historical building at Arc-et-Senans in the department of Doubs, eastern France. It is next to the Forest of Chaux and about 35 kilometers from Besançon. The architect was Claude-Nicolas Ledoux (1736–1806), a prominent Parisian architect of the time. The work is an important example of an early Enlightenment project in which the architect based his design on a philosophy that favored arranging buildings according to a rational geometry and a hierarchical relation between the parts of the project.

The Institut Claude-Nicolas Ledoux has taken on the task of conservator and is managing the site as a monument. UNESCO added the "Salines Royales" to its List of World Heritage Sites in 1982. Today, the site is mostly open to the public. It includes, in the building the coopers used, displays by the Ledoux Museum of other futuristic projects that were never built. Also, the salt production buildings house temporary exhibitions. The train line from Besançon to Bourg-en-Bresse passes just next to the salt works. The station for Arc-et-Senans is only a few dozen meters from the site.

Background
In the 18th century salt was an essential and valuable commodity. At the time, salt was widely used for the preservation of foods such as meat or fish. The ubiquity of salt use caused the French government to impose a tax its consumption, the gabelle. This was a mandatory requirement that all people over the age of 8 years buy an amount of salt per year at a price that the government had set. Collection of the gabelle was the responsibility of the Ferme Générale.

Claude Nicolas Ledoux
On September 20, 1771, Louis XV appointed Ledoux Commissioner of the Salt Works of Lorraine and Franché-Comté. As Commissioner, Ledoux was responsible for inspecting the different saltworks in eastern France. This gave him an opportunity to see many different saltworks, including those at Salins-les-Bains and Lons-le-Saunier, and to learn from them what one might want if designing a factory from scratch.

Since The End Of Salt Production
The salt works produced 40,000 quintals of salt per year at its peak, all of which was exported to Switzerland. All production ceased in 1895 following a lawsuit that the inhabitants of Arc-and-Senans initiated, protesting the pollution of nearby wells. At the same time, the salt works was having difficulty in the face of competition from sea salt brought by rail. As mentioned above, a lightning bolt in 1918 destroyed the chapel. In April 1926, some of the buildings were dynamited, and many of the trees on the site were cut down. Still, on November 30, 1926, after a review that began in 1923, the Commission for Monuments declared the central pavilion and the entryway historical monuments.

In June 1940, German troops took up residence. From May 1941 to September 1943, the French authorities established an internment camp to hold the area's gypsies and others with no fixed address (Centre de Rassemblement des tziganes et nomades). After the war, there was an extensive public campaign by artists, journalists and writers from the region to encourage the authorities to protect the site. In 1965, Marcel Bluwal used the director's house for the tomb of the Commander in his television adaptation of Molière's Dom Juan. Since 1973, the royal salt works and the Institut Claude-Nicolas Ledoux have been members of the European network of cultural sites. Then in 1982, UNESCO listed the salt works as a World Heritage Site.

Here's the our members favorite photos of "Historic Houses near Arc-et-Senans". Upload your photo of Royal Saltworks at Arc-et-Senans!

Get in touch with 5 Touristlink members who want to visit Royal Saltworks at Arc-et-Senans or with Selly Makoti and Nantana Lancon who already have been here.