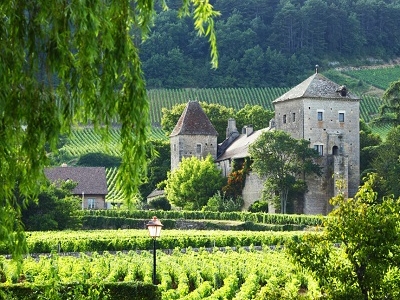 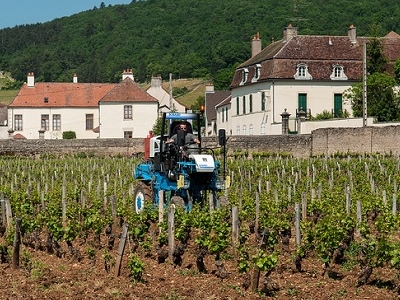 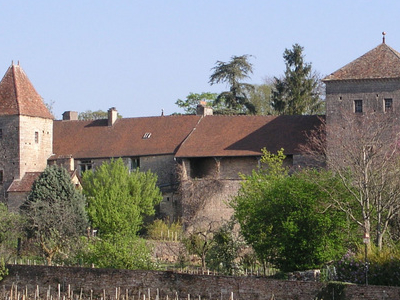 The Château de Gevrey-Chambertin is located in Burgundy, 12 km from Dijon and 30 km from Beaune. The castle of Gevrey-Chambertin, was certainly considerably revised in the second half of the 13th century, and was, during St Bernard lifetime, and even probably slightly earlier, a priory belonging to the Abbey of Cluny. Hughes, bishop of Auxerre, and his sister Maheldis, both descendants of Manasses of Vergy, a powerful leader of Burgundy in the 9th century, in 1015 and 1019 donated the "CURTIS" called Gevrey to the monastery of Cluny of which abbot was then St Odilon.

Then, Yves de Poisey and his nephew Yves de Chazan , both abbots of Cluny and born of the lords of Vergy, gave its first official appearance to the building, between 1257 and 1275 a vast rectangle, surrounded with moats. The southwest entrance was composed of a stone bridge, and further a drawbridge, flanked by two square towers. A big square tower stood at the southeast corner, and at the northeast was a dovecote on top of a small "cul de lampe" tower. At the northwest, a gallery could be seen on top of a round tower. The wall with its covered way allowed to walk from a tower to the other. Plundering, wars, fires and time have all contributed to the destruction of the fortress. The only remaining parts of the original buildings are the drawbridge the big square tower, and the living quarters next to the drawbridge. Several remnants of the wall allow one to have an idea of what the chateau used to look like.

Here's the our members favorite photos of "Castles in Dijon". Upload your photo of Chateau de Gevrey-Chambertin!

Going to Chateau de Gevrey-Chambertin? Get answers from our friendly locals

Connect with Vishal Ramteke and Christina Maria who are looking to visit Chateau de Gevrey-Chambertin.