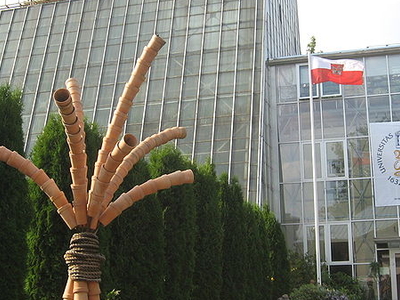 Apart from being the second largest city in the country, Tartu is one of the oldest Baltic districts which first found mention in 1030. Situated on the banks of the Emajogi River, Tartu has always been regarded as the intellectual capital of Estonia. Home to Tartu University which was founded in 1632, this popular student city has produced several eminent scholars and scientists of international repute. Home to over 20 museums, this hot bed of creativity and scientific culture features several high quality concerts, conferences, events, festivals and theatre performances all around the year.

Being a centre of education, English is widely used and understood in Tartu Town. The Soup Neighborhood of Tartu is an interesting tourist attraction featuring old wooden houses and where all streets are named after soup ingredients. River cruises and ferry services to Lake Peipus and Lake Lammijarv are also available from Tartu, alongside a host of other charming tourist activities.

Here's the our members favorite photos of "Cities in Estonia". Upload your photo of Tartu!

Going to Tartu? Get answers from our friendly locals