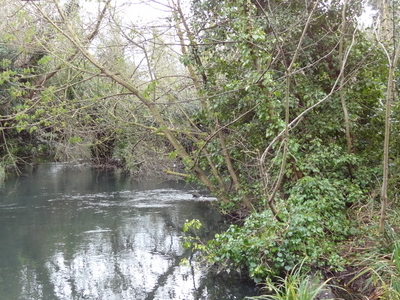 Wilderness Island is a 2.7 hectare island between two arms of the River Wandle in Carshalton in the London Borough of Sutton. It is designated as a Local Nature Reserve and a Site of Metropolitan Importance for Nature Conservation. The site is owned by Sutton Council and managed by the London Wildlife Trust.

The island was industrial from the seventeenth century, with watercourses for local mills, and was later the site of a pleasure garden. A fish pond still survives. Other habitats are woodland, meadows and river. Trees include the black poplar, and there are birds such as the woodpecker, kingfisher and grebe. There is a variety of butterflies including the speckled wood and holly blue, and the rare hornet clearwing moth. The ponds are an important habitat which have a variety of wetland plants. There is access from River Gardens.

Here's the our members favorite photos of "Islands in London". Upload your photo of Wilderness Island!

Going to Wilderness Island? Get answers from our friendly locals