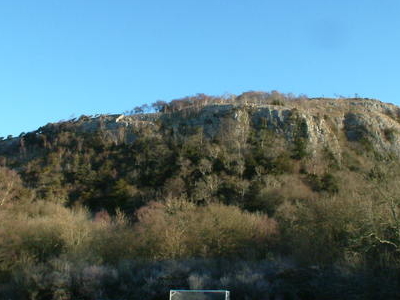 Whitbarrow is a Site of Special Scientific Interest and National Nature Reserve in Cumbria, and forms part of the Morecambe Bay Pavements Special Area of Conservation due to its supporting some of the best European examples of natural limestone habitats. Also known as Whitbarrow Scar (though properly that term applies to the cliffs lining its western edge), the hill lies about 9 kilometres (5.6 mi) south-west of Kendal, just north of the A590 road, close to The Village of Witherslack.

It is a mixture of woodland, grassland and limestone pavement. The hill is prominent from the A590 road with its steep limestone cliffs, laid down in the Carboniferous period some 350 million years ago. The main cliff faces are made up of rocks known as Dalton Beds, above which are Urswick Limestones, of which the limestone pavement (here and elsewhere around Morecambe Bay, including Hutton Roof Crags) has been formed.

Here's the our members favorite photos of "Hills in Lake District National Park". Upload your photo of Whitbarrow!

Going to Whitbarrow? Get answers from our friendly locals