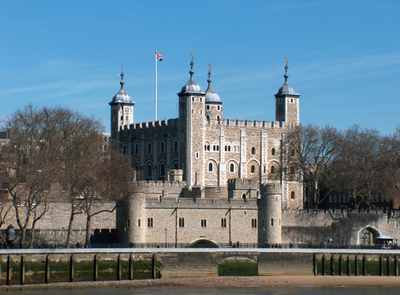 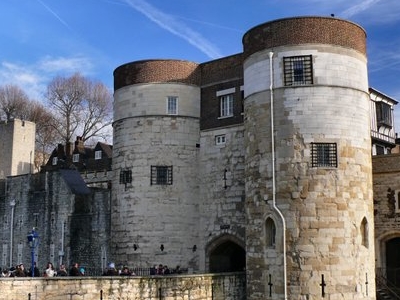 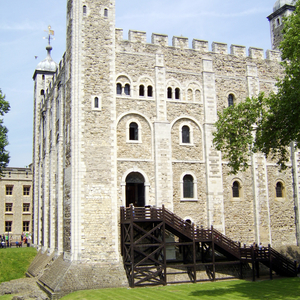 More Photos >
Save me
Been here
Want to go
Show on Map
Here to help 166 tour guides, 201 locals and 2 ambassadors

Her Majesty's Royal Palace and Fortress, known as the Tower of London, is a historic castle located on the north bank of The River Thames in central London. It lies within the London Borough of Tower Hamlets, separated from the eastern edge of the square mile of the City of London by the open space known as Tower Hill. It was founded towards the end of 1066 as part of the Norman Conquest of England. The White Tower, which gives the entire castle its name, was built by William the Conqueror in 1078, and was a resented symbol of oppression, inflicted upon London by the new ruling elite.

The castle was used as a prison from 1100 (Ranulf Flambard) until 1952 (Kray twins), although that was not its primary purpose. A grand palace early in its history, it served as a royal residence. As a whole, the Tower is a complex of several buildings set within two concentric rings of defensive walls and a moat. There were several phases of expansion, mainly under Kings Richard the Lionheart, Henry III, and Edward I in the 12th and 13th centuries. The general layout established by the late 13th century remains despite later activity on the site.

The Tower of London has played a prominent role in English history. It was besieged several times and controlling it has been important to controlling the country. The Tower has served variously as an armoury, a treasury, a menagerie, the home of the Royal Mint, a public records office, and the home of the Crown Jewels of the United Kingdom. From the early 14th century until the reign of Charles II, a procession would be led from the Tower to Westminster Abbey on the coronation of a monarch. In the absence of the monarch, the Constable of the Tower is in charge of the castle. This was a powerful and trusted position in the medieval period. In the late 15th century the castle was the prison of the Princes in the Tower. Under the Tudors, the Tower became used less as a royal residence, and despite attempts to refortify and repair the castle its defences lagged behind developments to Deal with artillery.

White Tower:
The White Tower is a keep (also known as a donjon), which was often the strongest structure in a medieval castle, and contained lodgings suitable for the lord – in this case the king or his representative. According to military historian Allen Brown, "The great tower [White Tower] was also, by virtue of its strength, majesty and lordly accommodation, the donjon par excellence". As one of the largest keeps in the Christian World, the White Tower has been described as "the most complete eleventh-century palace in Europe".

Restoration and Tourism:
The Tower of London has become established as one of the most popular tourist attractions in the country. It has been a tourist attraction since at least the Elizabethan period, when it was one of the sights of London that foreign visitors wrote about. Its most popular attractions were the Royal Menagerie and displays of armour. The Crown Jewels also garner much interest, and have been on public display since 1669. The Tower steadily gained popularity with tourists through the 19th century, despite the opposition of the Duke of Wellington to visitors. Numbers became so high that by 1851 a purpose-built ticket office was erected. By the end of the century, over 500,000 were visiting the castle every year.

Over the 18th and 19th centuries, the palatial buildings were slowly adapted for other uses and demolished. Only the Wakefield and St Thomas' Towers survive. The 18th century marked an increasing interest in England's medieval past. One of the effects was the emergence of Gothic Revival architecture. In the Tower's architecture, this was manifest when the New Horse Armoury was built in 1825 against the south face of the White Tower. It featured elements of Gothic Revival architecture such as battlements.

Other buildings were remodelled to match the style and the Waterloo Barracks were described as "castellated Gothic of the 15th century". Between 1845 and 1885 institutions such as the Mint which had inhabited the castle for centuries moved to other sites; many of the post-medieval structures left vacant were demolished. In 1855 the War Office took over responsibility for manufacture and storage of weapons from the Ordnance Office, which was gradually phased out of the castle. At the same time, there was greater interest in the history of the Tower of London.

Crown Jewels:
The tradition of housing the Crown Jewels in the Tower of London probably dates from the reign of Henry III. The Jewel House was built specifically to house the royal regalia, including jewels, plate, and symbols of royalty such as the crown, sceptre, and sword. When money needed to be raised, the treasure could be pawned by the monarch. The treasure allowed the monarch independence from the aristocracy, and consequently was closely guarded.

Here's the our members favorite photos of "Castles near London Borough of Tower Hamlets". Upload your photo of Tower of London!

Going to Tower of London? Get answers from our friendly locals

Get in touch with 43 Touristlink members who want to visit Tower of London or with Carlos Oribe, Voyageseuropa and 121 others who already have been here.