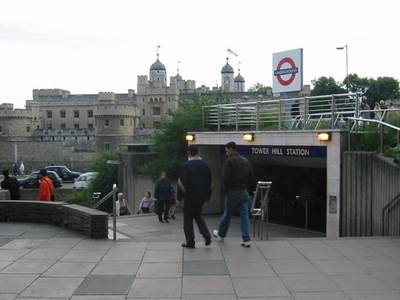 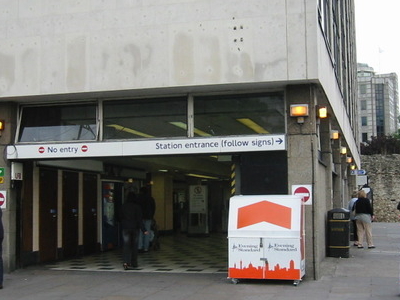 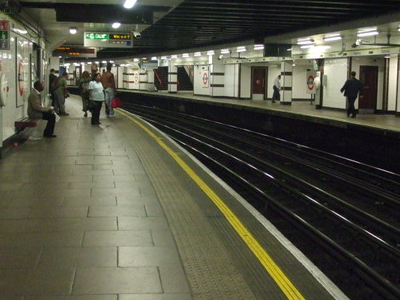 Tower Hill is a London Underground station at Tower Hill in the London Borough of Tower Hamlets. The station is in fare zone 1 and situated near the Tower of London. The entrance to the station is located a few yards from one of the largest remaining segments of the Roman London Wall which formerly surrounded what is now the City of London. It is on the Circle line between Monument and Aldgate, and on the District line between Monument and Aldgate East. It is a short distance from Tower Gateway DLR Station and Fenchurch Street railway station. Tower Hill underwent some much-delayed refurbishment which was completed in 2008.

It was built on the site of the former Tower of London tube station that was closed in 1884. It opened in 1967 and replaced a station with the same name, but which was earlier called Mark Lane, that was slightly farther west. This station has three platforms, with one platform for trains that terminate at Tower Hill.

Here's the our members favorite photos of "Metro Stations near London Borough of Tower Hamlets". Upload your photo of Tower Hill Tube Station!

Going to Tower Hill Tube Station? Get answers from our friendly locals