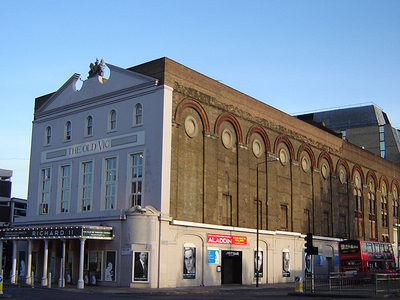 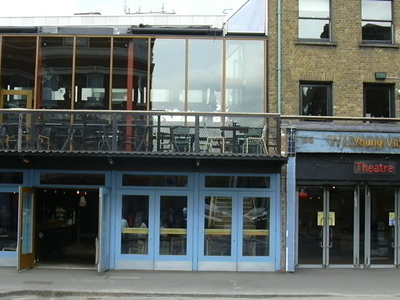 The Cut (formerly New Cut) is a street in London which runs between Waterloo Road in Lambeth and Blackfriars Road in Southwark. It is perhaps best known as being the location of the well-established Old Vic theatre at the western (Lambeth) end, as well as the more experimental Young Vic theatre halfway along on the other side. LeSoCo (Lewisham and Southwark College) is sited on the south side of The Cut and at the eastern (Southwark) end is Southwark Tube Station. Waterloo and Waterloo East stations are also nearby.

Lower Marsh and The Cut formed the commercial heart of the area from the early 19th century. A boxing gymnasium situated above a pub on The Cut is alleged to be where the modern rules for the sport of boxing were penned. The street is also now home to a range of restaurants, shops and offices. The Cut forms part of the B300 route between Borough High Street and Westminster Bridge Road. Other streets nearby include Baylis Road to the southwest and Union Street to the east.

Here's the our members favorite photos of "Famous Streets near London Borough of Lambeth". Upload your photo of The Cut!

Going to The Cut? Get answers from our friendly locals