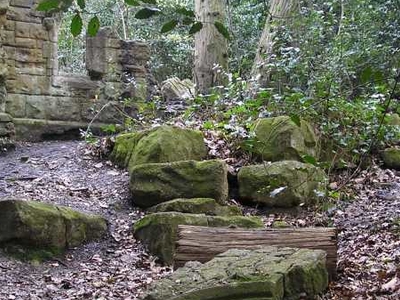 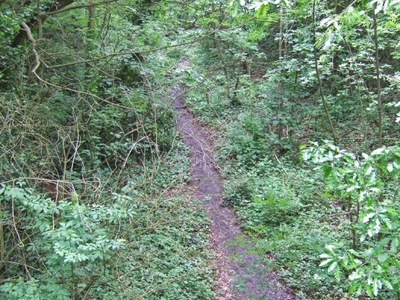 Sydenham Hill Wood is a nine-hectare wood on the northern slopes of the Norwood Ridge in the London Borough of Southwark, and is an important wildlife site. Together with the adjacent Dulwich Wood (which is privately owned and managed by the Dulwich Estate), Sydenham Hill Wood is the largest extant tract of the ancient Great North Wood. The two woods were separated after the relocation of The Crystal Palace in 1854 and the creation of the high level line in 1865.

The land is leased to Southwark Council who have chosen London Wildlife Trust to manage it. Sydenham Hill Wood and Fern Bank are a Local Nature Reserve. In 1997 Sydenham Hill Wood was given the UK-MAB Urban Wildlife Award for Excellence. There are conservation workdays and wildlife events.

Wildlife:
Now a unique mix of old woodland, Victorian garden survivors, and recent woodland, it is one of the closest ancient woods to central London and is home to over 200 species of trees and flowering plants. A multitude of fungi, rare insects, birds and elusive woodland mammals including The Wood mouse are also present.

Mostly sessile oak-hornbeam woodland, the site includes a wide variety of other tree and shrub species, including numerous exotics planted when the wood included parts of large gardens. The flora includes numerous indicators of long-established woodland; ramsons (Allium ursinum), wood anemone (Anemone nemorosa), lily-of-the-valley (Convallaria majalis) and hairy wood-rush (Luzula pilosa). The last two of these are uncommon in London. All three British woodpeckers breed, along with Nuthatch, Treecreeper, Tawny Owl, Kestrel and Sparrowhawk. Hawfinches are recorded occasionally and may also breed. Invertebrates are well recorded and include the purple hairstreak and Speckled Wood butterflies, several nationally scarce bees and wasps, and stag beetles. Fungi are also well recorded (174 species) and mosses include Mnium punctatum at its only known London locality.

There is only one small pond in Sydenham Hill Wood which tends to dry up in summer, so there are no frogs or toads on any regular basis. Of the bat species using the wood, there are records of common and soprano pipistrelles, noctules (which are in decline nationally) at least one species of the myotis bats, and brown long-eared bats (the only site in Southwark where these have been recorded).

From the station turn right a short distance along College Road, past St Stephen's Church, then through the white gate on the opposite side of the road into Low Cross Wood Lane and on the left just ahead is a gate to Dulwich Wood. In Dulwich Wood follow the path straight ahead until turning to the right just before the pond. This will bring you out close to Crescent Wood tunnel in Sydenham Hill Wood. If the gate into Dulwich Wood is locked follow the steeply upward sloping lane onto Crescent Wood Road, turning left at the top and following the road will bring you to the Crescent Wood Road entrance.

Here's the our members favorite photos of "Nature Reserves near London Borough of Southwark". Upload your photo of Sydenham Hill Wood!

Going to Sydenham Hill Wood? Get answers from our friendly locals