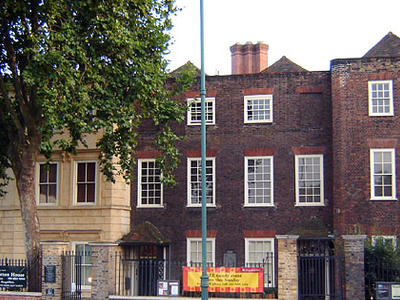 Sutton House is a Grade II*-listed Tudor Manor House in Homerton High Street, Hackney, London, England. It is owned by the National Trust. Originally known as 'Bryck Place', Sutton House was built in 1535 by Sir Ralph Sadleir, Principal Secretary of State to Henry VIII, and is the oldest residential building in Hackney. It is a rare example of a red brick building from the Tudor period. Sutton House became home to a succession of merchants, sea captains, Huguenot silk-weavers, Victorian schoolmistresses and Edwardian clergy.

Here's the our members favorite photos of "Museums near London Borough of Hackney". Upload your photo of Sutton House!

Going to Sutton House? Get answers from our friendly locals