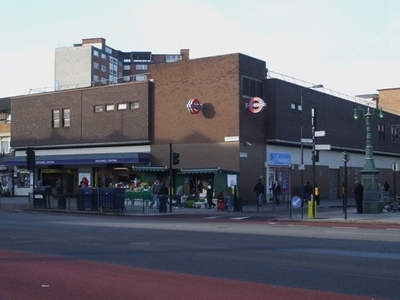 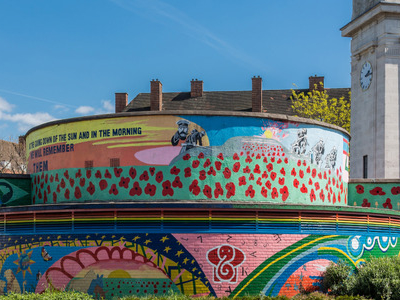 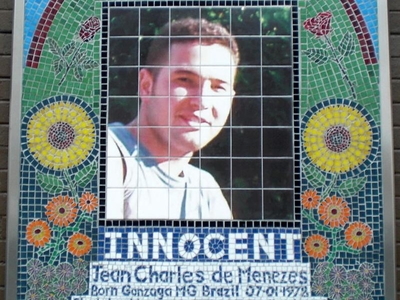 Air-Raid Shelter:
Stockwell is one of eight London Underground stations with an adjacent deep-level air-raid shelter, constructed during the Second World War. The shelter is below the current station, and comprises two parallel tunnels, each approximately six times the length of the current platform. These tunnels are 16 feet 6 inches (5.3 m) in diameter (wider than the current platforms), split horizontally into upper and lower levels, with various connecting and branch tunnels used for medical posts, lavatories, and ventilation.

The total capacity of the shelter was around 1,600 people. Access was via the station as well as two further entrance shafts containing spiral staircases, one of which is located at the middle of the junction of South Lambeth Road and Clapham Road, and the other on Studley Road. The shelter was completed in September 1942, and was used by the Government until 1944 when it was opened to the public. It was used for one year as a shelter. After the war it was used for a period to billet military personnel. Like a number of other deep level shelters, it is presently being used for secure archiving.

Branch Tunnel and Depot:
Just north of the station there is a branch tunnel which used to lead to a nearby generating station (closed 1915), depot and workshop located at the junction of Stockwell and Clapham Roads. The tunnel was very steep with an incline of 1:3.5, rolling stock was originally pulled up to the surface using a wire rope and a winch. This system was replaced in 1907 by a hydraulic lift, which could carry one locomotive or one carriage.

During the 1920s, the line was closed for reconstruction and the depot was used as a working site for transporting spoil, equipment and works traffic in and out of the tunnels. The depot and lift were finally taken out of use at the end of 1924. The incline tunnel and the lift shaft were plugged on the surface and several blocks of flats were constructed on the old depot site by the LCC. These flats still stand (as of 2011), as does one retaining wall of the old depot.

Here's the our members favorite photos of "Metro Stations near London Borough of Lambeth". Upload your photo of Stockwell Tube Station!

Going to Stockwell Tube Station? Get answers from our friendly locals