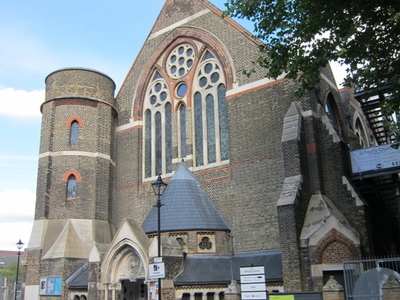 St Paul's, Old Ford is a 19th-century church in Bow, London, England. It is an Anglican church in the Diocese of London. St Paul's Church was built in 1878 and is now adjacent to a primary school with over 650 children on the official school roll. In 1991, the building was closed due to maintenance and safety concerns. The Parochial Church Council (PCC) and the locals were determined to see that the church remained open and, in fact, was improved. The "A New Heart for Bow" project was born. More than £3,000,000 was raised from more than a dozen sources and philanthropies. Balfour Beatty served as the main contractor, and work began in March 2003 and ended over a year later, in May 2004.

Here's the our members favorite photos of "Churches near London Borough of Tower Hamlets". Upload your photo of St Paul's!

Going to St Paul's? Get answers from our friendly locals