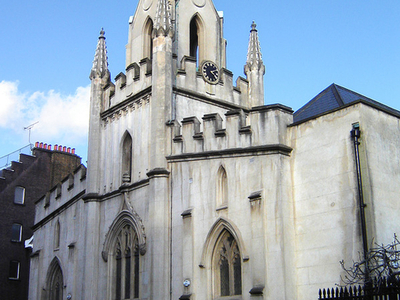 St Mary Magdalen Bermondsey is an Anglican church dedicated to St Mary Magdalen in Bermondsey in the London Borough of Southwark. The present building is late 17th century and is a Grade II* listed building. Its parish extends as far as the Thames (including the south tower of Tower Bridge, City Hall and part of London Bridge Station). The parishes of St Olave Tooley Street, St Luke Grange Road and St John Horsleydown have all been merged into it.

A church of this dedication is first recorded on this site in 1290, serving lay workers at Bermondsey Abbey. The design of that building is not known, but in 1680 the church was demolished and rebuilt, retaining the late medieval tower with a gothic window and arches. This re-building was completed in about 1690, and was followed by the addition of a north gallery in 1705 and a south gallery in 1794. The south gallery retains the complete original boxed pews but those in the north gallery have had the gates removed.

Here's the our members favorite photos of "Churches near London Borough of Southwark". Upload your photo of St Mary Magdalen Bermondsey!

Going to St Mary Magdalen Bermondsey? Get answers from our friendly locals

Churches in London Borough of Southwark