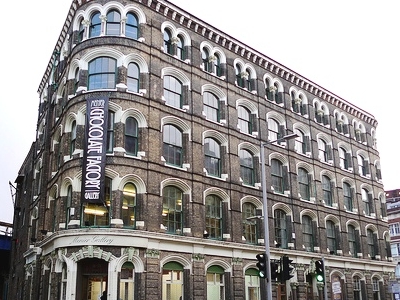 Southwark Street is a major street in the London Borough of Southwark, in London England, just south of The River Thames. It runs between Blackfriars Road to the west and Borough High Street to the east. It also connects the access routes for London Bridge, Southwark Bridge and Blackfriars Bridge. At the eastern end to the north is Borough Market. The road forms part of the A3200, which continues with Stamford Street to the west.

Here's the our members favorite photos of "Famous Streets near London Borough of Southwark". Upload your photo of Southwark Street!

Going to Southwark Street? Get answers from our friendly locals