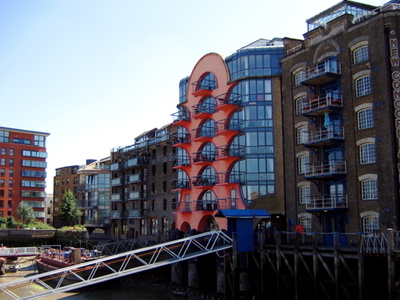 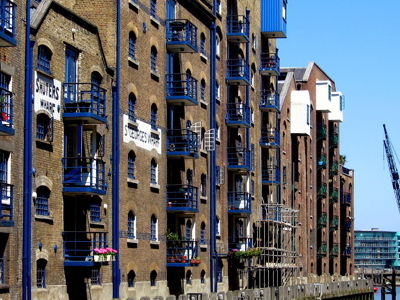 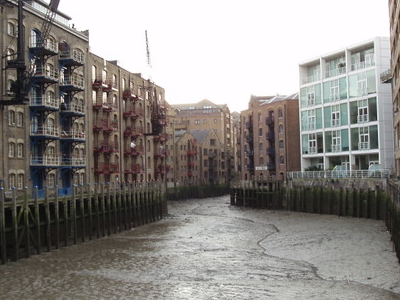 Shad Thames is a historic riverside street next to Tower Bridge in Bermondsey, London, England, and is also an informal name for the surrounding area. The street Shad Thames has Tower Bridge at its west end, and runs along the south side of The River Thames, set back behind a row of converted warehouses; it then takes a 90 degree turn south along St Saviour's Dock. The street is partly cobbled. The nearest stations are Tower Hill, Bermondsey, and London Bridge.

The street Shad Thames is named as such in John Rocque's 1747 map of London. The name may be a corruption of 'St John-at-Thames', a reference to a St John's Church which once stood in the area (and thus is not related to nearby Shadwell). The surrounding area is also today called Shad Thames, or Butler's Wharf (after the largest of the riverside warehouses). Both names refer to a 350m × 250m rectangle of streets, converted warehouses and newer buildings, bounded by the River Thames, Tower Bridge Road, Tooley Street and St Saviour's Dock (or arguably Mill Street); it forms the most north-easterly corner of the SE1 postcode district.

Here's the our members favorite photos of "Famous Streets near London Borough of Southwark". Upload your photo of Shad Thames!

Going to Shad Thames? Get answers from our friendly locals