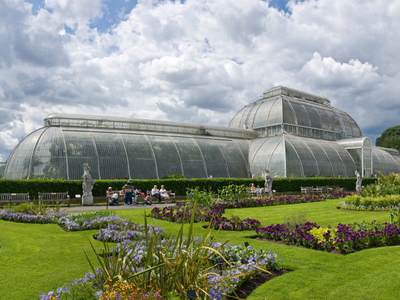 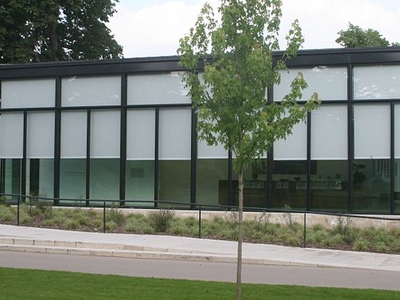 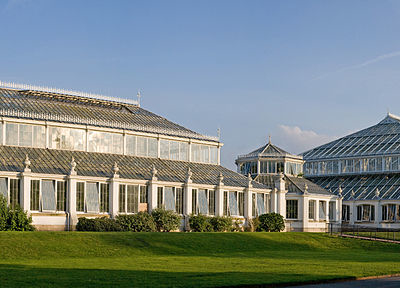 Kew Gardens (formal title Royal Botanic Gardens, Kew; brand name Kew) is the World's largest collection of living plants. Founded in 1840 from the exotic garden at Kew Park in the London Borough of Richmond upon Thames, UK, its living collections include more than 30,000 different kinds of plants, while the herbarium, which is one of the largest in the world, has over seven million preserved plant specimens. The library contains more than 750,000 volumes, and the illustrations collection contains more than 175,000 prints and drawings of plants. It is one of London's top tourist attractions. In 2003, the gardens were put on the UNESCO list of World Heritage Sites.

An internationally important botanical research and education institution, it employs 750 staff, and is a non-departmental public body sponsored by the Department for Environment, Food and Rural Affairs. Its chief executive is the current Director, Richard Deverell. The organisation manages botanic gardens at Kew in Richmond upon Thames in southwest London, and at Wakehurst Place, a National Trust property in Sussex which is home to Kew’s Millennium Seed Bank. The gardens have their own police force, Kew Constabulary, which has been in operation since 1847.

The Kew site, which has been dated as formally starting in 1759, though can be traced back to the exotic garden at Kew Park, formed by Lord Capel John of Tewkesbury, consists of 121 hectares (300 acres) of gardens and botanical glasshouses, four Grade I listed buildings and 36 Grade II listed structures, all set in an internationally significant landscape.

Here's the our members favorite photos of "Gardens in London". Upload your photo of Royal Botanic Gardens!

Going to Royal Botanic Gardens? Get answers from our friendly locals

Get in touch with 45 Touristlink members who want to visit Royal Botanic Gardens or with Shagufta Khan, Voyageseuropa and 37 others who already have been here.