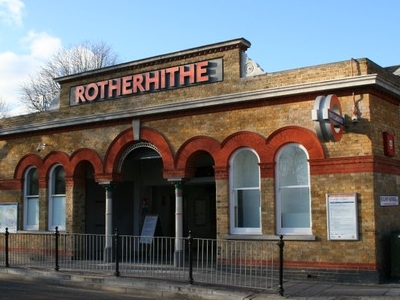 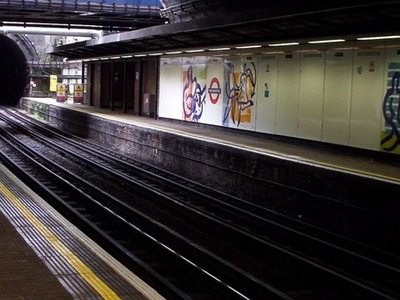 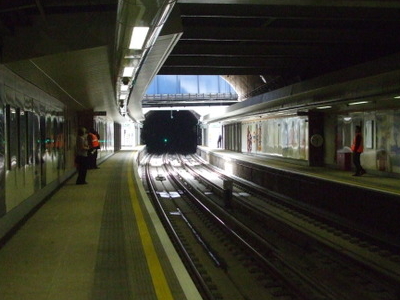 Rotherhithe railway station is a railway station on the southern bank of The River Thames at Rotherhithe, London, England. It is on London Overground's East London Line, between Wapping and Canada Water, and is in Zone 2. The station re-opened for a preview service on 27 April 2010 to New Cross / New Cross Gate and 23 May 2010 for full service to New Cross / West Croydon / Crystal Palace.

The station was originally opened on 7 December 1869, when the first section of the East London Railway was opened. On 1 October 1884, the Metropolitan and Metropolitan District Railways began running services along the East London Railway, which called at Rotherhithe. It was served by electric passenger trains from 31 March 1913, when the line was electrified. Steam-hauled goods trains from Liverpool Street station continued to pass through until April 1966.

Here's the our members favorite photos of "Railway Stations near London Borough of Southwark". Upload your photo of Rotherhithe Railway Station!

Going to Rotherhithe Railway Station? Get answers from our friendly locals