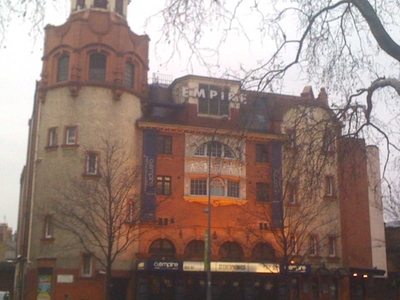 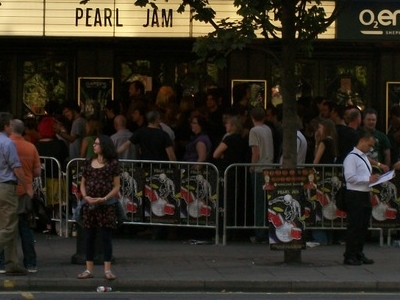 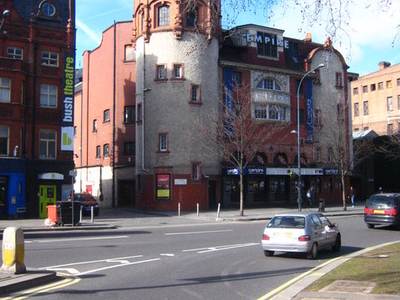 Shepherd's Bush Empire Today:
Live performances filmed at the venue and released on DVD include a 2002 performance by punk rock/goth band The Damned, Frank Turner's "Take To The Road" DVD, Opeth's first live DVD (Lamentations) recorded at the Shepherd's Bush Empire on Thursday 25 September 2003, a November 2005 concert by indie band The Wedding Present and The Only Ones comeback concert in June 2007. In November 2007 Amy Winehouse recorded I Told You I Was Trouble: Live in London. In addition to this, Transatlantic's third live release, "Whirld Tour 2010: Live in London", was recorded and filmed at the venue. Folk rock band Mumford & Sons recorded their album Live from Shepherd's Bush Empire there.

In the dance music community it is also known to host raves and hard dance events, such as Frantic or Heat. The Empire has a capacity of only 2,000, but it has been chosen as a venue for small gigs, or as a venue for 'surprise' warm-up gigs. Prior to their 1999 tour, the Rolling Stones put in a performance, with Sheryl Crow as support on June, 8th. Dixie Chicks singer Natalie Maines made a famously controversial remark about George W Bush at the club in 2003.

Here's the our members favorite photos of "Concert Hall near Hammersmith and Fulham". Upload your photo of O2 Shepherd's Bush Empire!

Going to O2 Shepherd's Bush Empire? Get answers from our friendly locals

Love concert hall? Check these out;