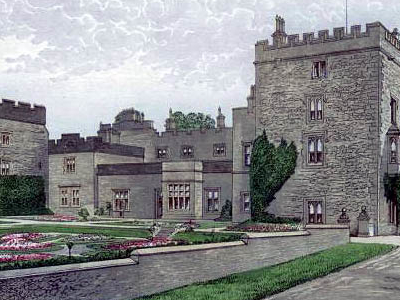 Muncaster Castle is a privately owned castle overlooking the Esk river, about a mile south of the west-coastal town of Ravenglass in Cumbria, England. Muncaster Castle is currently owned by the Pennington family, who have lived at Muncaster for at least 800 years. The Muncaster estate was granted to Alan de Penitone in 1208. The oldest parts of the castle include the Great Hall and the 14th century pele tower, a type of watch-tower fortification unique to the English-Scottish border region. It is suspected that the site of the castle lies on foundations dating to the Roman era, which, if they exist, may relate to the nearby Roman fort of Glannoventa at Ravenglass. The placename "Muncaster" contains the Latin word castra, meaning "encampment", or "fort".

Here's the our members favorite photos of "Castles in Lake District National Park". Upload your photo of Muncaster Castle!

Going to Muncaster Castle? Get answers from our friendly locals