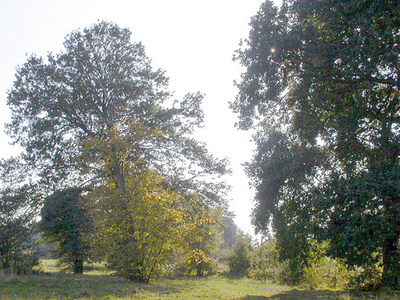 Morden Park is a 50 hectare public park and Site of Borough Importance for Nature Conservation, Grade 1, in the district of Morden Park in the London Borough of Merton. An area of 28 hectares is also a Local Nature Reserve. It is owned and managed by Merton Council. The site includes the Morden Park mound, a Scheduled Ancient Monument, and Pyl Brook runs through The Park.

The park was previously the grounds of the eighteenth-century Morden Park House, which is now Grade II listed and used as Council offices. In 1945 the house and park were purchased by Merton and Morden Urban District Council. Some oaks are over 300 years old, and bird species include green and great spotted woodpeckers, coal tits and spotted flycatchers. Grassland areas have wildflowers and a range of butterflies. There is access from Epsom Road, Morden Lane and London Road.

Here's the our members favorite photos of "City Parks in London". Upload your photo of Morden Park!

Going to Morden Park? Get answers from our friendly locals