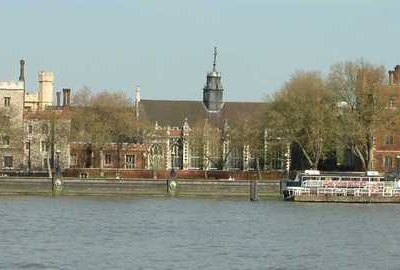 Lambeth Palace Road runs between Westminster Bridge and Lambeth Bridge, in Lambeth, London, on the south bank of The River Thames. St Thomas' Hospital lies between it and the river. At the southern end is Lambeth Palace, the London base of the Archbishop of Canterbury. The road forms part of the A3036. To the south is the Albert Embankment and it also adjoins Lambeth Road.

The road was constructed in the 1860s at the same time as the Albert Embankment as part of the land reclamation that allowed the construction of St Thomas' Hospital. The road originally ran in a straight line parallel to the river, with views between the pavilion blocks of the hospital to the Thames.

Here's the our members favorite photos of "Famous Streets near London Borough of Lambeth". Upload your photo of Lambeth Palace Road!

Going to Lambeth Palace Road? Get answers from our friendly locals