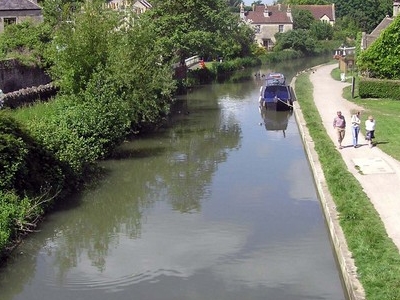 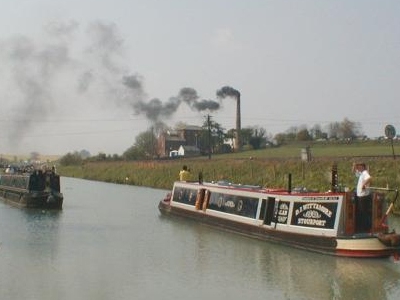 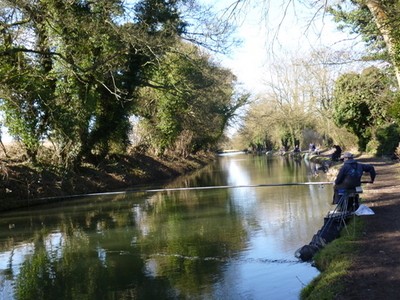 The Kennet and Avon Canal is a waterway in southern England with an overall length of 87 miles (140 km), made up of two lengths of navigable river linked by a canal. The name is commonly used to refer to the entire length of the navigation rather than solely to the central canal section. From Bristol to Bath the waterway follows the natural course of The River Avon before the canal links it to the River Kennet at Newbury, and from there to Reading on the River Thames. In all, the waterway incorporates more than 100 locks.

The canal today is a heritage tourism destination. Boating, with narrowboats and cruisers, is a popular tourist attraction particularly in the summer months. Privately owned craft and hire boats from the range of marinas are much in evidence, and there are numerous canoe clubs along its length. The annual Devizes to Westminster International Canoe Marathon starts from Devizes Wharf, the site of the Kennet & Avon Canal Museum, at first light on Good Friday each year and the competitors have to negotiate 75 locks in the 125-mile (201 km) route between Devizes and the finish at Westminster. The winning time is usually around 17½ hours.

Cycling is permitted along the canal towpath except for a 656 yards (600 m) section near Woolhampton. Some sections of the canal towpath have been improved and widened to make them more suitable for cyclists and disabled users. Under a partnership arrangement involving British Waterways, Sustrans, and the riparian local authorities, two main sections of the canal have been improved, and, with a few short diversions, run from Reading to Marsh Benham and from Devizes to Bath as part of the National Cycle Network (NCN) Route 4.

Fishing for bream, tench, roach, rudd, perch, gudgeon, pike and carp is permitted throughout the year from the towpath of the canal, but almost its whole length is leased to angling associations or fishing clubs. There are a variety of riverside public houses, shops and tea rooms. The Kennet and Avon Canal Trust operates shops and tearooms at Aldermaston Lock, Newbury Wharf, Crofton Pumping Station, Devizes, and Bradford on Avon.

Here's the our members favorite photos of "Canals in Bristol". Upload your photo of Kennet and Avon Canal!

Going to Kennet and Avon Canal? Get answers from our friendly locals

Emiliya Petrova is the only Touristlink member to visit Kennet and Avon Canal. Have you been here? Click here to save it.