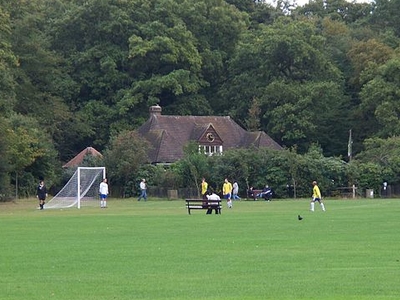 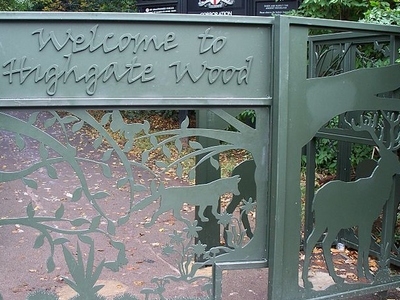 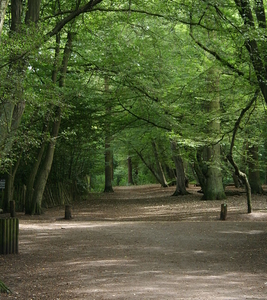 Highgate Wood is a 28 hectare (70 acre) area of ancient woodland in North London, lying between East Finchley, Highgate Village, and Muswell Hill. It was originally part of the ancient Forest of Middlesex which covered much of London, Hertfordshire and Essex and was mentioned in the Domesday Book. It lies in the London Borough of Haringey, but is owned and managed by the City of London Corporation.

The London Borough of Haringey contains four ancient woods. These are Highgate Wood, Queen's Wood, Coldfall Wood and Bluebell Wood. Highgate Wood is shown on the Ordnance Survey map of Middlesex in 1886 more or less in its present formation, but known by the less salubrious name "Gravelpit Wood".

Flora and Fauna:
The flora and fauna in The Wood have been managed to varying degrees by humans through the ages. Predominantly an oak, hornbeam and holly wood, Highgate Wood is also home to more than 50 other tree and shrub species which have self-seeded there. The Wild Service Tree, a rare deciduous tree with brown berries, can be found in Highgate Wood. Presence of the Wild Service Tree is commonly taken as an indicator of ancient woodland.

71 different species of bird have been recorded, alongside foxes, grey squirrels, at least four (Pipistrelle, Natterer's Bat, Common Noctule and the rare Leisler's Bat) and as many as seven species of bat, 180 species of moth, 12 species of butterfly and 80 species of spider.

Nature Reserve:
Highgate Wood is a Site of Metropolitan Importance for Nature Conservation. It is also listed as one of only eight Green Heritage Sites in London.

Amenities:
As well as a football pitch and a cricket field, Highgate Wood has a children’s playground, a café and an information centre.

Here's the our members favorite photos of "Nature Reserves in London". Upload your photo of Highgate Wood!

Going to Highgate Wood? Get answers from our friendly locals

Jorgeo is the only Touristlink member to visit Highgate Wood. Have you been here? Click here to save it.