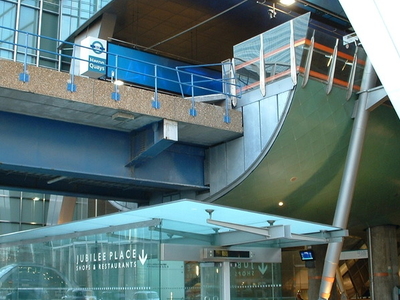 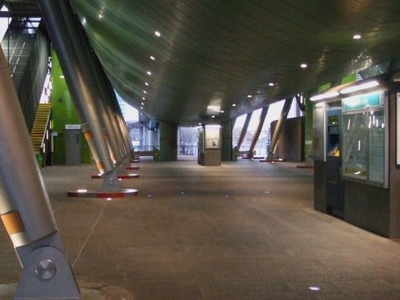 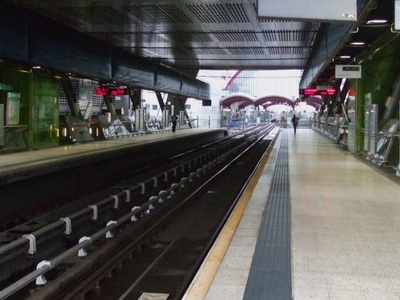 Heron Quays DLR station is a station on the Isle of Dogs in east London on the Docklands Light Railway. It serves the southern part of the Canary Wharf office complex and is directly connected to that complex's Jubilee Place underground shopping centre. The station is elevated and contained within one of the complex's office towers.

The station is in Travelcard Zone 2, and is on the Lewisham branch of the Docklands Light Railway, between Canary Wharf and South Quay. Originally open-air, the station was moved 200 metres south (to fit inside the new buildings) and a longer platform was built at this new site to accommodate three-unit trains planned as part of the DLR Capacity Enhancement; the station re-opened on 18 December 2002.

Here's the our members favorite photos of "Metro Stations near London Borough of Tower Hamlets". Upload your photo of Heron Quays DLR Station!

Going to Heron Quays DLR Station? Get answers from our friendly locals